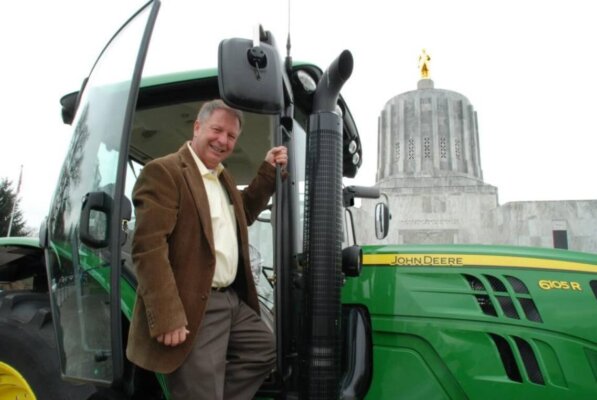 Battle lines were drawn at the end of the 2019 legislative session. If the bill was introduced in the 2020 session, Senate Republican’s would “walk-out” again, and deny the necessary quorum count to conduct business and vote on legislation.

Shortly after the vote in committee, the Senate was scheduled for floor session. Although SB 1530 cannot be up for a vote on the Senate Floor until Wednesday (at the earliest unless the body votes for rules suspension), the Senate President was visibly frustrated when the Sargent at Arms wasn’t able to retrieve enough Senators to reach a quorum. Only 19 members of the Senate remained.

While the show on the Senate Floor was interesting, the real action was earlier this morning, during the Ways and Means hearing. Two amendments were presented both were defeated on a party line vote:

1. A substitute amendment was provided by Rep. Brock Smith what would have allowed a calculated offset of carbon productions as absorbed by Oregon’s natural resource industries (i.e., timber, etc.).
2. And most importantly, an amendment to remove the emergency clause from the bill. Thus, allowing the opportunity for referral by the citizens of Oregon.

Watch the full hearing by following this link.

Set by Oregon’s constitutional deadline, the assembly has until midnight, March 8, to reconvene and vote on any legislation that remains alive. Until then, the Senate President will gavel-in for a quorum call every day around 11AM.

“Senator Courtney’s actions leave no other option for Senate Republicans but to boycott and deny quorum because cap and trade is on the way to the Senate floor. Democrats refused to work with Republicans and denied every amendment that was presented. Pay attention Oregon – this is a true example of partisan politics. Instead of referring this legislation to let the people decide, the Democrats are willfully ignoring 26 counties and one district, representing nearly 2 million Oregonians that have signed proclamations against cap and trade, to push their agenda.”