Chairman Mao preached continuous revolution against the "entrenched bureaucracy." Mao justified this as a means to ensure that power remained in the hands of the people, as opposed to the "entrenched 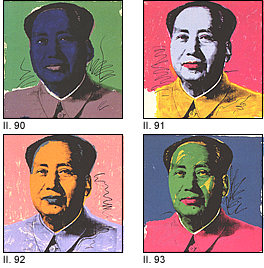 bureaucracy." But the real reason that Mao was so suspicious of the "entrenched bureaucracy" was that he knew the primary function of a bureaucracy is to track and measure. And that tracking and measuring provides the data to determine success and failure. Given that the communists, under Mao, virtually destroyed the Chinese economy and left millions to die of starvation and depravation, it is small wonder that the last thing Mao wanted was someone to track and measure the results of his various "Great Leaps Forward." Corporate America and governments at all levels follow a more benign form of Mao’s continuous revolution. In the corporate world it is mundanely called "five year plans." As new people are hired or promoted into positions of authority, they develop a plan for increasing sales, improving performance, introducing technology or increasing efficiency. These are usually in the form of five-year plans. Most five-year plans project little or no progress in the first four years and then a giant leap forward in the fifth year. When graphed the plans look like a hockey stick – flat for most of the distance and then a sharp upward gain. There is a reason that five years is chosen. Most senior managers and executives do not continue in their position for much more than three to four years. By the end of this period, it is time for promotion, another assignment, or relocation to another company. And with that, another executive is brought in, the existing five-year plan is scrapped and a new five-year plan is hatched and implemented. The net effect is that the bureaucracies in large businesses are thwarted – they cannot measure because the plans always change before the critical measurement period expires. Similarly, government has adopted the extended planning cycle. For the executive branch (presidents and governors), the planning horizon is generally ten years – a good number given that presidents and governors are term limited to eight years and thus the plan will be replaced by a new executive and success or failure will never be determined. Even more important, if things go in the crapper, the current executive will be able to blame the former executive for the mess and the former executive will be able to claim that things would have been okay if the current executive had simply followed the ten year plan. (See, politics isn’t all that complicated.) But nowhere is the art of continuous revolution practices with such alacrity than in the public school system and no greater adherent than the teachers unions. There was a point in time when the American educational system was the envy of the world. Today, that educational system produces a growing number of dropouts and a deteriorating performance when measured against many of the industrialized nations. The decline in the educational system in America parallels the development and dominance of the teachers’ unions. As the educational system continues to decline, these unions and their political allies have produced a constant stream of new "plans." We have had new math, pass-fail in lieu of grades, science as a social study, promotion without performance, sports without scores, self-esteem in lieu of achievement and the list goes on and on. In each instance the time frame for measurement is a generation and before the generation concludes, the standards and rules are changed so that none of these programs provide a finite measurement. All we are left to know is that there is a continuing decline in the quality of our educational product. We cannot point succinctly at any particular program because the program changed before the measurement could be made. And the worst of this lot is Oregon’s Certificate of Initial Mastery (CIM) and Certificate of Advanced Mastery (CAM). This was fourteen years in the making, at least eight years in the implementation and countless millions of dollars in cost. It was a product that was so undependable, so subjective, so out of touch with reality that not one single college in America, not even Oregon’s colleges, relied on it for admission purposes. No business in Oregon or elsewhere used it as a measure of literacy or academic accomplishment for hiring purposes. Not even the teachers trusted it. But the worst part of it was that it provided no important information as to how the children of Oregon were progressing. Gov. Christine Gregoire, in reviewing Washington educational requirements stated: "[W]hen we evaluate the educational system in our own state, we shouldn’t compare it to other states. To survive we need to go toe to toe with Japan, Germany, Ireland, the top schools in India." Oregon’s CIM/CAM only compared Oregon education to Oregon education. In a global economy, that is unthinkable. And now, with a cynical nod, the creators and defenders of CIM and CAM tell us that these programs need to be "reinvented." There is no admission of failure or waste and by changing the "plan" all those who engineered this ruination are exonerated. But there is hope, the Beaverton school district has decided enough is enough, they are adopting the ACT national testing as their standard. Gee, what a notion. It already exists, it costs virtually nothing to implement, and it provides state by state and historical data to measure achievement. So how long do you think that will last?