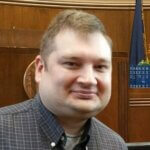 Eric Shierman is an analyst at McCullough Research. A former US Marine, he’s a graduate of Hillsdale College with a master of science in economics from Portland State University. 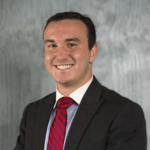 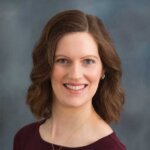 Joining Cascade Policy Institute in June 2005, Kathryn Hickok serves as the Executive Vice President and Director of Cascade’s scholarship program for low-income children, the Children’s Scholarship Fund-Oregon. She manages Cascade’s print and online material and oversees development operations, donor relations, and events. Kathryn has been a college-level French tutor, volunteer teacher, and choreographer for ballet students. She held several positions of leadership in a local service organization for young women. 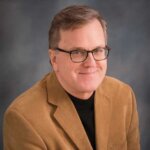 Becoming President and CEO of Cascade Policy Institute in May, 2005, John Charles is works to promote individual liberty, economic opportunity, and personal responsibility. He is a frequent keynote speaker and guest lecturer, especially on the subject of growth management, and has traveled to 24 states to discuss this issue. He has also been published in newspapers around the country including The Oregonian, Pittsburgh Times-Review, Hartford Courant, and Seattle Times. Prior to joining the Institute, Mr. Charles was executive director of the Oregon Environmental Council for 17 years. He was an active participant in Oregon legislative proceedings, and helped author numerous environmental statutes in the areas of forest management, toxic substances, air pollution, watershed restoration, and transportation. 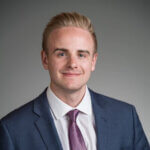 Alexander (Alex) W. Titus is a Public Interest Fellow and conservative political activist based out of Washington, DC, and Portland. He has worked for a number of national and Oregon-based conservative political organizations. Alex frequently writes on politics, policy, and the Middle East. He is a proud graduate of the University of Oregon. You can follow him on Twitter @atitus7.

Lawrence D. Huss was born and raised in Southeastern Montana.  He is a graduate of Gonzaga University (BBA –1966) and the University of Montana (JD-1969).  He has been married to his wife Nancy for forty-five years and they have two grown and married children.

Mr. Huss began his professional career as an assistant and deputy attorney general for the State of Montana. He left public service to join a Helena law firm that would become Scribner, Huss & Hjort and that specialized in representing clients before the state’s administrative agencies, the legislature and the appellate court.

In 1982 Mr. Huss joined the law department of Mountain Bell (now US WEST/Qwest/Centurylink).  Thereafter he served in various legal and public policy positions in Montana, Oregon and Colorado managing legal, regulatory and legislative affairs in seven of the fourteen states served by US WEST before returning to Oregon in 1997 as Vice-President for Oregon.  He retired in 2001 and since then has maintained a small public affairs consulting practice and a political commentary which now appears in a variety of on line publications throughout Oregon.

Mr. Huss splits his time between Arizona and Oregon where he is an avid but decidedly poor golfer, a cautious Harley rider and a professional know it all.  He is best known for his stinging critique of Oregon state government.

Founder of Cascade Policy Institute, Steve Buckstein served as its president until 2004. As a senior policy analyst, he writes and speaks both in Oregon and nationally on policy issues including education and Social Security reform. Prior to founding Cascade, Steve coordinated the 1990 general election campaign for a citizens’ initiative which would have provided educational tax credits to every student in Oregon so they could choose public, private, religious or home schooling. Steve retired from the Cascade Policy Institute in 2018.