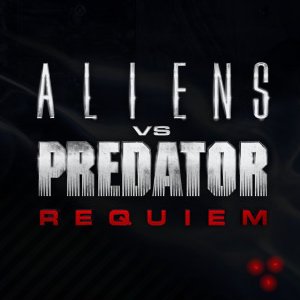 At the risk of tarnishing my objective policy wonk image, I report here on some unlikely anecdotal evidence about the public’s cynical view of government.

I spent one hour and 26 minutes of my Christmas day watching AVPR at a local theater. For the uninitiated, AVPR stands for Aliens vs. Predator — Requiem. This rather formula monster movie unfortunately pales in comparison to the original Alien and Predator movies, which were arguably great films of their genre. But it does have one memorable moment.

The viewing I attended on Christmas afternoon was packed with an apparent cross-section of Oregonians. Young-old, men-women, different races and socioeconomic levels. There were few moments when the audience had any audible reaction to a scene. There was mild laughter at a lame off-color joke, but little audible response to the action scenes or lines spoken by the characters”¦until near the end.

Then, as monsters rampaged through their small town and people were dying, one character heard what a public official told the town folks to do, and uttered this line:

“The government wouldn’t lie to us.”

Virtually everyone in the theater over the age of reason instantly erupted in open, hearty laughter. For that one, brief moment a couple hundred people shared an experience we hadn’t expected to share when deciding to spend $7 on a seemingly mindless monster flick.

These were not activists or jaded policy junkies (apologies to anyone reading this who takes offense). These were regular people. The masses. The ones who pollsters tell us don’t read the paper very often, look at political blogs even less, and get much of their news from cable TV comedy shows.

But they almost all laughed out loud when someone like them said hopefully:

“The government wouldn’t lie to us.”

If you saw the movie (or plan to see it soon), please share what you witnessed when this line was uttered. If you’re waiting until it comes out on DVD, you’ll miss seeing this mass reaction for yourself. And, if you’re not a monster movie fan, well”¦I’m sure I won’t be the only one writing about what may come to be known as the most memorable line in this otherwise unremarkable film.

I won’t give away the ending by telling you whether the government really did lie to the people in that town. But whether it did or not, why do you suppose that line was even in the movie? Did the producers anticipate the audience reaction? And, if a theater full of Portland area residents were nearly unanimous in their response, what does that say about the chances for reducing the size and scope of government in our fair state?