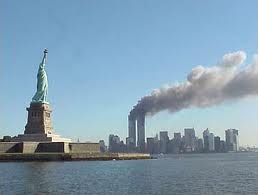 Hopefully, this tenth anniversary of the terrible attack on America passes peacefully. Just like July 4th wasn’t recognized as a symbolic day until some years after the Declaration of Independence was signed, we still may not know the full extent of how September 11th will be remembered in the future. What we do know is that, like December 7th, it will be remembered with sadness, with remembrance for all the innocent people who died, and with some resolve that Americans must be more vigilant against terrorism in the future.

What I hope September 11th will not come to symbolize is a turning point beyond which Americans willingly began giving up some of the very liberties that make this country what it is.

As conservatives remind us, the Constitution is not a suicide pact. But, as this libertarian reminds you, it is also not a document that should be ignored by the very officials of all three branches of government who have sworn to uphold it.

The Constitution was written by men who lived through perhaps the most dangerous time in our nation’s history — it’s very revolutionary founding. They fought to create an independent nation based on the premise that government was subservient to its citizens. They saw government as the protector, not creator, of individual rights as set out so brilliantly by Thomas Jefferson in the Declaration.

Government’s failure to protect the rights of thousands of Americans on September 11, 2001 cannot be used as an excuse to consciously violate the rights of all Americans in the future. While we all may accept some limited restrictions on our freedoms in order to provide more security against terror, we should never let such restrictions morph into permanent violations of our rights under the Constitution. Otherwise, we risk finding out how true Ben Franklin’s words were when he told us that they who give up liberty in order to secure some temporary security risk losing both.