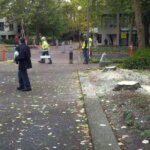 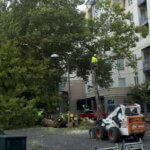 As a young environmental activist growing up in north Jersey in the 1960s, I took transit buses all over – into Newark, Elizabeth, and New York City. Later as a college student in Pittsburgh, I took Greyhound across the state many times to get home.

For environmentalists, it was a badge of honor to abandon our 9 MPG autos and travel on a bus with 35-45 other passengers. The oil embargo was very real – we had odd/even license plate days for gas fill-up in 1973 – so it seemed like it was a form of patriotism to be frugal.

Times have certainly changed. Cars have become more efficient, and chronic urban smog has permanently disappeared due to improved auto technology. That’s the good news. But the bad news is that many transit agencies are no longer content to merely provide a service to those unable or unwilling to drive in a private vehicle.

Portland is the poster child for this problem. In fact, TriMet doesn’t really care about transit service per se; the agency is obsessed with expensive trains that are supposed to recreate the way entire neighborhoods function, through “transit-oriented development.”

TriMet is so contemptuous of bus service that the agency is building massively expensive trains that simply replace cheap buses. And the replacement service is actually worse. The Milwaukie light rail line, now being built by TriMet (even though they have very little of the required funding in hand), is breathtaking in its sheer wastefulness. It will cost $205 million per mile for a train that will average 17 MPH. It will make the daily commute for current Milwaukie bus riders worse by forcing them to transfer to rail at Milwaukie. Rail will never offer express service, but there are already at least four bus routes on McLoughlin that offer a menu of local, limited-stop, and express bus routes.

Worse yet, the train will take 68 businesses and 20 residences. More than 60 mature shade trees on SW Lincoln Street near PSU are being cut down this week.

How can one government agency spend $1.5 billion for a mere 7.3 miles of train service, to provide a level of transit that is demonstrably inferior to bus service being replaced?

The answer is that TriMet is institutionally designed to fail. The agency has a monopoly on service and a monopoly on subsidies. Actual customers only account for about 25% of the agency’s operating revenue and none of the capital funds used for construction. So customers don’t really matter. TriMet does what its management wants, simply because it can.

I was down at Lincoln Street today for an hour watching the trees getting cut. It was one of the saddest things I’ve ever seen a governmental agency do. The street is already served by the #17 bus. The train is simply unnecessary. Yet, for the 906-foot segment of Lincoln Street that is being wrecked, we will spend $35.2 million.

If you had $35 million to spend to improve three blocks of an urban street, how would you spend it? Not on light rail. Not if it was your own money. Not if you actually cared about the urban environment.

The Obama presidential bus only cost $1.1 million and rides on regular roads. Couldn’t we have just bought a few of those, run them up and down Lincoln Street, and saved the trees? I’m sure they would offer a much nicer ride than generic light rail cars.

The day that the Portland City Council put private bus companies out of business in 1968 was a sad day in local history. Private companies could never get away with destroying a street like this, or spending $1.5 billion on a pointless boondoggle.

TriMet is hopelessly corrupt. It’s time to admit that the agency is out of control and has utterly lost sight of its mission. Maybe in 2012 the legislature should consider abolishing this rogue agency, and starting fresh with a market-driven transit concept that focuses on actually serving customers with the best transit at the lowest public cost.