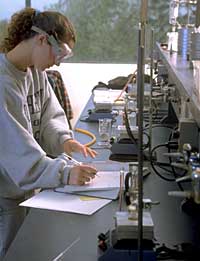 whole university from Oregon’s system (and remember this is the board that almost had Neil Goldscmidt as a member)?

An article from last weekend’s Oregonian printed it so it’s got to be true right?????

The buildings are paid for. Most of the programs contribute to our economy in a quantifiable way. Many of the departments and programs bring in enough money to make them a profit generator when tuition contributions are included. To shut down a whole school serving an entire region of the state is literally ridiculous (especially if they believe a private institution would buy it proving the viability of a University as a private school).I speculate it’s plain and simple Stumptown-baiting (that’s my phrase for Portland style hostage taking in which important services lives are threatened unless the public pays more money). This is a study in government mission creep – serving the unrequited need.

The real issue is the ever expanding liberal-arts and social science programs with no real world application unless exported into another discipline. When we face financial crisis as a state these programs should become suspect as opposed to a whole university. But of course as the Portland model shows prioritizing is only used in making the public feel the pain of a bureaucracy with priorities far flung from the nuts and bolts management of our state’s core mission. The public’s priorities are the first to see the cuts and last to see repair.

In Stumptown it seems governments are capable of paying for everything but police, jail beds, public mental health, and actual classrooms. But of course we see an ever expanding mission into other unrequited needs though the basics are falling far short of the necessary support.

Picking up the tab for the ACLU’s gay marriage legal battle while cutting thousands off of OHP, fueling a meth epidemic by failing to lock up offenders who arrested weekly, giving a day off for employees actually showing up to work in inclement weather while the county couldn’t fund its basic mission, begging for the I-tax and then proposing an expansion of food-stamps because its cruel to not cover the poor’s ability to buy a latte’ (this I’m not making up as it was Serena Cruz’s justification). Even Chair Dianne Linn (one of the more conservative members of the County board) has had to fight her own board to get more jail-beds open as Lisa Naito, Maria DeSteffey, and Serena Cruz picked open fights with Multnomah County Sheriff Bernie Guisto true worth in the county service structure.

Back to the point of the post; I have to admit that the proposal was withdrawn but this still raises a question. Why propose something that without question won’t happen? As I said above – it’s Stumptown-baiting. Holding the necessary services of a regional University hostage in order to keep the actual fluff programs afloat.