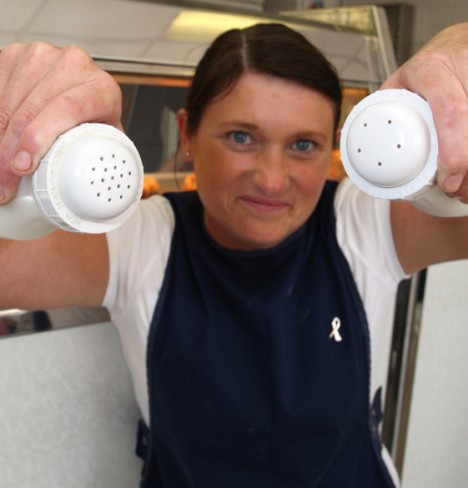 Research has suggested that slashing the holes on salt shakers from the traditional 17 to five could cut the amount people sprinkle on their food by more than half. According to a recent Daily Mail online article, some city councils in the UK have now begun purchasing five hole salt shakers to give away, at taxpayer expense of course, to fish and chip establishments in their areas.

This suggests that Oregonians might get healthier (at least politically) if we limit the number of legislators who can sprinkle new laws down on our heads by the same ratio “” from the current 90 down to just 26. Maybe we can let all 90 current lawmakers bid for those 26 slots “” with the winning bids payable in kicker-type checks to taxpayers. But, will this work?

Unfortunately, the fallacy here is pretty obvious. Reducing the number of holes in a salt shaker won’t necessarily cut down how much salt we use; we will just have to work harder, or longer, to get our sodium chloride fix. Same with laws; any 26 lawmakers are likely just as capable of generating the same number of rules we have to live by as are 90. But those winning bid checks would at least be a nice byproduct of this flawed attempt to shield ourselves from too many “I’m from the government and I’m here to help” public servants.

Disclaimer: Nothing stated here should be construed as casting aspersions on any of our current or future public servants. They certainly have the best of intentions. It’s just that good intentions aren’t enough when it comes to making decisions that affect other people’s lives.