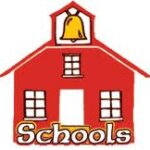 The 2012-2013 school year will be the first year that the new statewide open enrollment law takes effect. The new law (HB 3681) allows Oregon parents to enroll their kids in any Oregon public school district, as long as the receiving district is accepting transfers. This will stop local districts from holding students captive to their local school, as currently often happens throughout the state.

This is an exciting opportunity for families who live in a district that doesn’t meet their kids’ individual needs. Though such families already can choose public charter schools, many charter schools have long waiting lists, and district-created obstacles make it hard for existing or new charter schools to meet that need. Opening district boundaries will allow regular public schools to better meet more children’s needs.

Some district leaders have made apocalyptic predictions that this will shatter those public schools that are already struggling financially. They claim that those districts that experience a significant exodus will consequently struggle even more at providing remaining students with a quality education.

This is a red herring – the same one that has been used to oppose public charter schools. The truth is that only state funds will follow a student into neighboring districts under this open enrollment law (not local funds), allowing the district to spend more per remaining student.

After decades of increasing funding in Oregon, we spent an average of about $10,500 per public student in the 2009-2010 school year according to the NEA’s Rankings & Estimates, which doesn’t include the additional $1,000 per student spent on debt service. That is significantly greater than just 20 years ago. And yet, the outcome has not improved.

A similar story can be found across our nation. Throwing money at the problem is not working. Developed countries that spend significantly less than the United States are outperforming us – countries like New Zealand and Finland.

None of this is surprising to those who understand how markets (and politics) work. Public schools are usually monopolies with a captive consumer base – assigned students and funds based on where a child lives, not on the merits of the school.

For comparison, imagine if food stamp recipients were only allowed to shop at a locally assigned grocery store – a store dedicated solely to Oregon Trail card purchases. It’s no mystery in the marketplace that monopolies typically provide worse service at higher prices. The open enrollment law, by analogy, is the equivalent of allowing food stamp recipients to shop at any of the hypothetical Oregon Trail assigned grocery stores, not just the closest one to their residence. Universal school choice (allowing funds to follow a student to any school, public or private) would be the equivalent of how food stamp holders currently use their Oregon Trail cards – that is, shopping at virtually any type of grocery store.

As charter schools and voucher programs across the nation have witnessed, the kids who benefit most from increased educational options are those who currently have the fewest: low-income and middle-class students.

To take advantage of Oregon’s new open enrollment law, parents must alert the district to which they want their child to transfer by April 1, giving districts ample time to plan for changes in enrollment. As kids benefit from this new law, we will all see that this law is no apocalypse for education – although it could be the beginning of the end of monopoly control over the education of Oregon children.

Christina Martin is an attorney and a former policy analyst for Cascade Policy Institute. This article originally appeared in The Hillsboro Argus.