When looking at a wind powered electric generator, many people see a permanent source of renewable electricity. The problem with this image is that wind generators have shorter life spans than the term “sustainable” would imply. Wooden windmills in Holland that used to power industrial machinery before the invention of steam engines were more durable than these picket lines of propellers along our Columbia Gorge. The composite material and rare earth chemicals they require are both perishable and costly to replace. More important, like fossil fuels, our planet has a finite supply of these materials. Wind power is such an inefficient means of generating electricity that a world that seriously relied on it the way we do fossil fuels would run out of the limited resources needed to build and maintain them long before our present trends would exhaust our vast bounty of hydrocarbons.

The first hard core environmentalist I ever encountered in life taught my 8th grade energy class at Estacada Junior High, a course that President Carter’s brand new Department of Education had mandated upon us a decade before as a symbolic gesture to show he cared about America’s energy future. Despite an overall policy of separating church and state, in this class it was the gospel that we would deplete all fossil fuels by the year 2000. Back when “2000” was preceded by “THE YEAR” it seemed so far away didn’t it? The only lasting lesson this course taught me was a healthy skepticism of government mandated indoctrination.

Perhaps the most salient way in which our quixotic charge towards windmills is not sustainable comes from the fact it is not financially feasible without fat subsidies on the supply end and mandated purchases by utilities on the demand end. 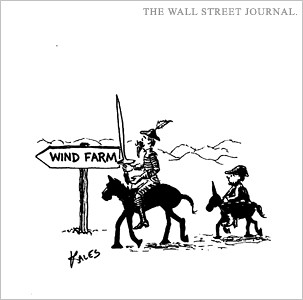 The most glaring example of this is Caithness Energy’s Shepherds Flat wind farm right here in Oregon. Both Obama’s OMB and Treasury Department complained that Caithness was “double dipping” both into a Treasury program that awarded cash grants and a Department of Energy program that cosigned loan guarantees, so these green entrepreneurs hired the former congressman Toby Moffett as a lobbyist, and the $1.06 billion project was approved over the objections of Obama’s National Economic Council. 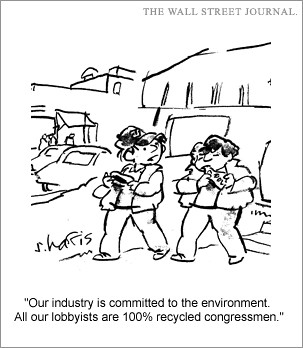 Larry Summers promptly wrote a memo warning the President that Shepherds Flat’s approval was a case study in how dangerous their energy policy was becoming, noting that federal, state, and local subsidies totaled 65% of the project’s investment. With private investors covering the rest, Summers pointed out that this highly leveraged subsidiary included very little “skin in the game” from Caithness Energy. Indeed the only real capital was their political capital.

When completed later this year, Shepherds Flat will be the largest land based wind farm in the world presenting our state with a monument to malinvestment. This project paid top dollar for 338 wind turbines that individually can only produce at best 2.5 megawatts of electricity each. The total amount of capital diverted to yield so little electricity is just astounding. It would have cost less to simply build another Bonneville dam. Unlike Shepherds Flat, Bonneville is not the biggest of its kind, but at 1,189 megawatts of capacity this small hydroelectric facility dwarfs the best of what wind power has to offer.

The greatest of all ironies here, is that Shepherds Flat is coming on line just as our hydroelectric capacity has been surging our grid with an overcapacity of cheap, clean, and renewable electricity. The Bonneville Power Administration is being forced to buy higher cost electricity from wind farms even when it does not need it.

Why privilege wind over hydro? The dams have ladders to mitigate the negative externalities placed on salmon migration. What do the wind farms have? They have no way to prevent the constant kill rate of protected birds of prey. Adapted to focus on a field mouse in eastern Oregon, eagles swoop in for a meal and then BAMB! They get clubbed to death by a wind turbine. Where is the outrage?

Wind Power costs more to generate less electricity while killing more birds each year than BP’s oil spill on the gulf coast. How can this be called sustainable?