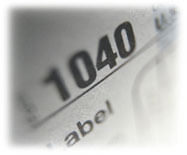 As the state of Oregon struggles to ignite an economic recovery, barriers to economic growth must be removed. Oregon’s overall tax burden is among the highest in the country, both in terms of the 9.9% personal income rate, but also more importantly when it comes to attracting investment, in capital gains, which are also taxed at a 9.9% rate. A commonly held misperception about the capital gains tax is that it only affects the rich. In truth, the chilling effect it has on investment has a much broader reach.

For businesses to make sound choices regarding new projects and hiring that lead to growth, they require a tax code that doesn’t discourage private individuals from risking their assets in the marketplace. When people view a given state as hostile to investment, they simply relocate to a friendlier environment, taking jobs and tax revenue with them.

Such an onerous business climate has become the norm in Oregon, which is vying with Massachusetts for the highest capital gains rate in America. Washington, our neighbor to the north, has no state tax on capital gains, so its investors are only subject to the federal capital gains tax―which is currently 15%―a far more palatable total tax burden than what Oregonians face.

For Oregon to spur the economic growth necessary to put its fiscal house in order, its lawmakers would do well to significantly reduce―if not eliminate―the capital gains tax in the Beaver State.