The Cascade Policy Institute is well known for making great hiring decisions. Perhaps its boldest was Steve Buckstein’s decision to hire John Charles in 1997. From Todd Wynn at the American Legislative Exchange Council to Karla Edwards at Americans for Prosperity, its alumni can be found in influential positions across this country, but after sitting next to Sarah Ross at last week’s Milton Friedman birthday dinner party, I have come to learn that Cascade’s recent promotion of her to the position of communications coordinator involves a unique story of hard work and personal success.

For someone who graduated from college less than four years ago, Ross has racked up an impressive resume of quality professional experience. In a day and age when high school completion rates are a concern, and a diploma offers no guarantee to an employer or a college admission officer that a graduate has basic math skills or can even read, Ross began taking college courses at the age of 16, graduating two years later with a transferable associate degree from Lower Columbia College in Longview, Washington.

She soon began to develop a keen interest in public policy and carefully thought about the best way to pursue a career working on what interested her most. Her biggest influence early on was the study of economics. At LCC, Professor Shon Kraley drastically changed her perspective on how the world works and how resources get distributed. While most kids her age were learning lighter loads of knowledge that never encompassed the slope of supply and demand curves, Ross went from knowing nothing about economics to becoming a passionate advocate for the free market.

Foreign policy fascinated her most however, so she applied and was accepted to the Elliot School of International Affairs at George Washington University. She knew there are many fine places to study world politics, but being in DC would afford her the opportunity to choose from the best intern programs and study under faculty with close ties to government. 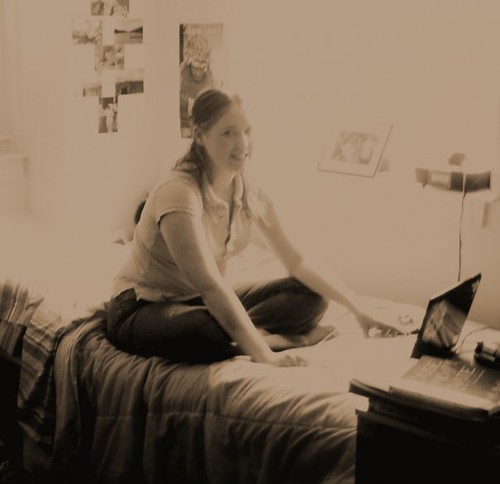 Once at GWU, her interests soon changed; during the heat of the 2008 presidential race, Ross became more interested in domestic policy. She sought challenging internships alongside her full academic work load, including a government relations internship at the Heritage Foundation. For those of you who don’t know, “government relations” is the newly innocuous term for lobbying, but it also covers a wide scope of professional interaction with all levels of government from the congressman to the regulator, a profession that becomes ever more in demand as the scope of government power increases every year under the leadership of both political parties. All this experience of hers culminated in a demanding hill internship working for Olympia Snowe on the Senate Small Business Committee during Ross’ last semester in the spring of 2009.

In a tight labor market, when few college grads could even get an interview for the jobs they wanted, let alone an offer, Ross landed the perfect entry level position in the world of government relations. She was hired in the fall of 2009 as an administrative assistant to the VP for state government relations at the Biotechnology Industry Organization. Working directly under a VP at one of DC’s top trade associations was the ideal spot for a 20 year old looking to make it in the halls of American power. If she had stuck with it longer, it would have afforded Ross many networking opportunities with influential people and the best means to acquire the craft of selling influence to those who seek to use the coercive power of the state to their advantage, otherwise known as rent seeking. Though she met many fine people and saw a lucrative career opportunity laid out before her, Ross decided DC was not for her. She wanted to influence policy not as a hired gun, but as an advocate of first principles.

Fortunately, she had interned with the Cascade Policy Institute in the summer of 2009 between graduation and starting with BIO. An internship with Cascade is rightly one of the most selective opportunities of its kind in our state. So many applicants apply each year that there is no time to interview all of them. John Charles told me that Ross’ resume stood out. What particularly interested him was her high academic achievement, her time at Heritage and the fact her supervisor there gave her a strong endorsement. After briefly working on energy policy at Cascade for that summer, Ross then moved back to DC. She did so at exactly the time Cascade was working on the development an experimental new news service called the Oregon Capital News.

At the very moment Ross was looking for something back home in Oregon that did not conflict with her values, Cascade was looking for a statehouse reporter to cover the Oregon legislature. Ironically, she had dreamed of a career in journalism in her teens, but her father, who was briefly a reporter in his 20s, talked her out of it. Charles tells me that he recruited Ross for her excellent writing skills knowing that she had no prior experience in journalism, but he was so impressed with her work as an intern the summer before, Charles knew she could pick up the craft quickly.

“Pick up the craft quickly” would be something of an understatement. Ross, having been used to interning in challenging positions while simultaneously earning good grades on a full academic credit load had no problem setting up a tutorial for herself to learn the journalist’s trade and do the job at the same time. Her reputation as a quick study was solidified by the Oregonian’s decision to partner with OCN so that it could run her content. She broke stories no one else was covering; she wrote with a crisp, objective, and professional prose that quickly earned the respect and confidence of her sources. So when several left-wing organizations protested that the Oregonian was partnering with a news organization sponsored by a free-market think tank, the O’s editor defended their decision by saying “look at the track record.”

Ironically, the same thing that has contributed to a decline on statehouse reporting led to the demise of the OCN. The costs of coverage are high, but the sources of revenue are low. This coincided with Ross’ feeling that however good a journalist she had become, Ross just did not feel the passion for journalism to make a career out of it. Her father was right all along! As Cascade was planning on winding OCN down, Ross had already revealed her desire to do something else. When organizations of any kind, for profit or not, posses talent like hers, they find a way to retain it.

Cascade created a new position that encompasses many responsibilities beyond what its formal title would seem to entail. Ross handles Cascade’s public affairs like a spokeswoman, but she sees her role as marketing. Filled with joy at the opportunity to market the message of freedom and liberty itself, Ross pointed out to me that compared to marketing shoes, could there be a better day job? She promotes events, works as an internal photographer, and her latest passion is to fully utilize social media to help Cascade reach an ever larger audience. Ross also has set up a regular chat with Bill Post every Thursday at 2pm which you can listen to live right here. Having experienced many different things, Ross has finally figured out what she wants to do when she grows up. 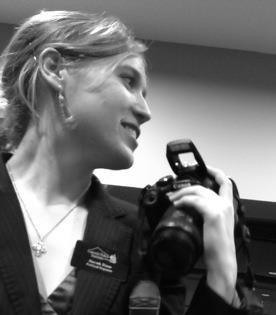 I think there are three clear lessons for young people interested in public policy to draw from Sarah Ross’ remarkable success. First, she worked extremely hard. In addition to earning good grades, she took on time-consuming intern positions during the academic year and not just the summer. This is what gave her that wide breadth of experience in such a short amount of time. This focus on gaining practical experience set her apart from many of her peers. Second, she started early. It is a lot of extra work, but most highly motivated students can take college courses well before the age of 18. Ross then required only two years at GWU saving a lot of time and money as a 20 year old college graduate. And third, Ross was honest with herself about what she was good at and truly motivated to do. She maintained a flexibility to experiment with several career options before settling on the right fit that she has now found herself in. By making these three right moves, Sarah Ross was thus in a position to leave “government relations” to the truly desperate and mercenary.