Like most days during the winter, little more than the thought of keeping warm was ever on our minds. At almost 7,000 ft of elevation in Afghanistan, a simple walk up a hill could leave you breathless if you weren’t used to the altitude. We often worked in temperatures below 15 degrees, but if you were really unlucky you’d find yourself doing your nightly roaming patrol around the FOB (forward operating base) in sub-zero temps, where your feet rarely went without getting soaked and your hands were only slightly better than useless.

Because our FOB was more isolated than others, and driving the one road in through the mountains over the ice, mud and snow typically turned into a recovery mission, our food and supplies had to be flown in by helicopter. Fierce winds and a sullen sky were nothing out of the ordinary, even during air drops. And like the weather, it was completely ordinary for me and many others in my platoon to meet the birds at the landing zone to help download supplies. By day’s end, however, the worst circumstances will always show how quickly a morning that began like any other can turn in one fatal instance. This particular day will forever be etched into my memory as a reminder that nothing in life comes absent cost, and that the world doesn’t have enough respect for that cost. Two civilian birds had flown in through the harsh weather to make a dropoff. Nothing essential, energy drinks and other items that were more for the morale and spirits of the soldiers than anything else. We talked with the pilots, took care of what needed doing, and were grateful to be finished so we could make our way back to where it was still warm. What exactly I was doing when we got the call I can’t remember, but what’s still clear as day is the feeling I had when we found out.

One of the birds had gone down. It seemed unreal but none of us were in disbelief. All of us who heard immediately started throwing on our gear, myself a little quicker because I knew I’d have to be sprinting with a 240B machine gun to get it mounted on our truck as quick as possible. At the time, all we knew was what had happened, but not what caused it so naturally the first question that went through my head was whether it had been shot down — regardless of the unlikelihood, considering it was the middle of winter and the fighting season wouldn’t start for a while.

Our platoon’s trucks were staged and ready, but as the FOB caught wind of what happened many decided it would be quicker to go out on foot. As my platoon’s convoy left the wire, we hadn’t driven more than 50 meters before we saw the smoldering wreckage beyond the corner of the FOB. It couldn’t have been airborne for more than a couple minutes, if that. And as I would later find out from a squad member who witnessed it fall from the sky, the bird took a nosedive not due to a rocket attack. It was in an open field clustered with military trucks, American soldiers, and to my surprise, ANA (Afghan National Army) troops. We navigated where we could and helped provide a perimeter for the crash site, assisted by our 3rd Platoon.

Seeing what had happened didn’t leave room for a single bit of hope that anyone could have survived. There was no cockpit to be recognized and debris could be seen hundreds of meters away. Jet fuel ignited in a green flame what was left of the main body, and we ended up pulling security on the site through the night and into the morning, until the wreckage could be cleaned up and the scattered pieces collected.

Whether it was a pilot error, mechanical error, or just the weather, you try as best you can to avoid asking yourself if it was worth it. The question itself is culturally rhetorical, but it’s necessary in order to come face to face and understand an event, detrimental or not. The saying “There’s no such thing as a free lunch” might seem cliché, but I can honestly say I’d never really thought about it till then, and it made me realize that most things in this world truly don’t come without a price. The supplies we got were certainly not worth the cost, and while that price is seldom paid back in the States, it still stands that few things are truly free, whether it’s what you perceive to be your standard of living, the world you live in, or the safety of a nation. 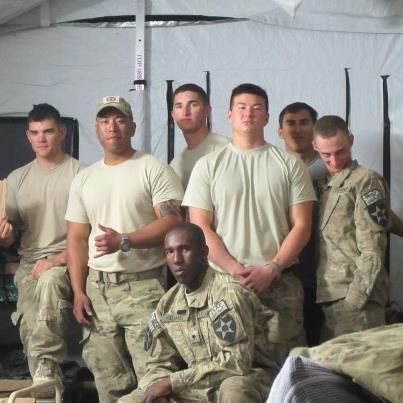 A couple days later, I remember seeing a small news bulletin about the crash on the internet, a small tribute to four men who paid the ultimate price. And, incidentally, it came through our intel guys that the Taliban had also broadcasted about the crash, slightly exaggerated, however — though an interesting feeling knowing you were being watched. But back to the point: While the world may have recognized these men’s sacrifice through a short news article, their lives held much more meaning than was given credit. And though it could never be enough, it is at least a little comfort to know their families and the men they served will honor them properly by never forgetting what they gave their lives for.

Spc. Jordan Rede is serving a 12-month deployment in Afghanistan as one of 3,200 soldiers who make up Joint Base Lewis-McChord’s 3rd Stryker Brigade, 2nd Infantry Division. He’s on track to finish his tour in December. Jordan is a 2005 graduate of Grant High School in Portland. 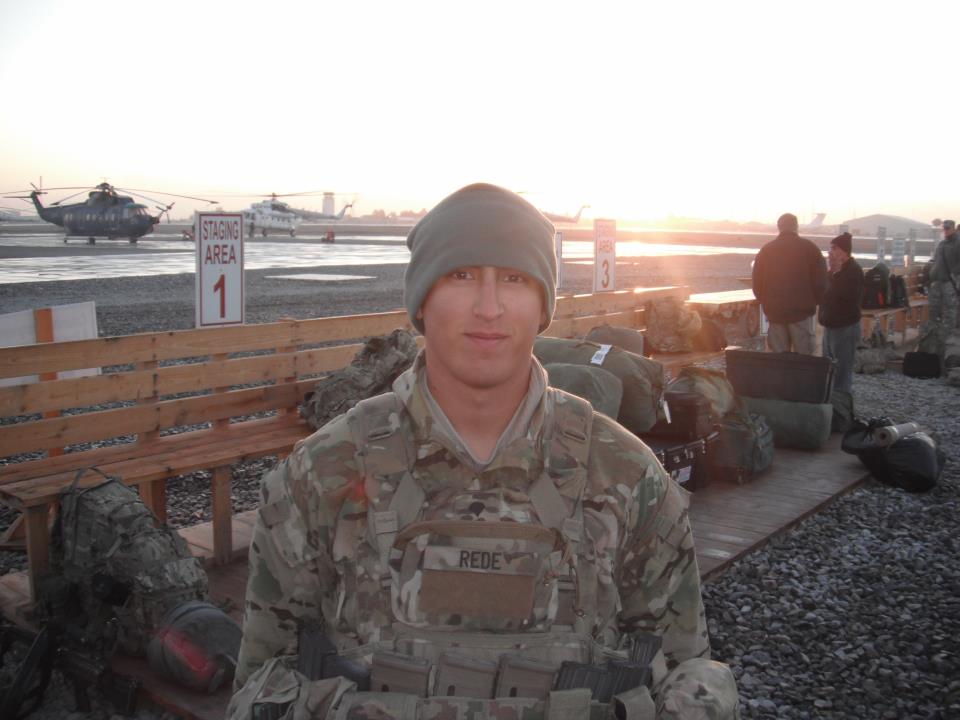