Tuesday’s election further consolidated what the Oregonian’s Steve Duin has called the Democrats’ “near-monopoly on political power” in Oregon.

Democrats currently control all of Oregon state government except the state house, where there is a 30-30 split. Tuesday’s election eliminated that split, and starting in January, Democrats will control the state house as well.

Commenting on the loss of the 30-30 split in the state house, an AP article in the Corvallis Gazette-Times said “Republicans will lose the power they had to block Democratic legislation and exert their influence over state budget decisions. Unions, environmentalists and abortion supporters picked up powerful allies. Business interests and critics of government spending could face a tougher environment.” 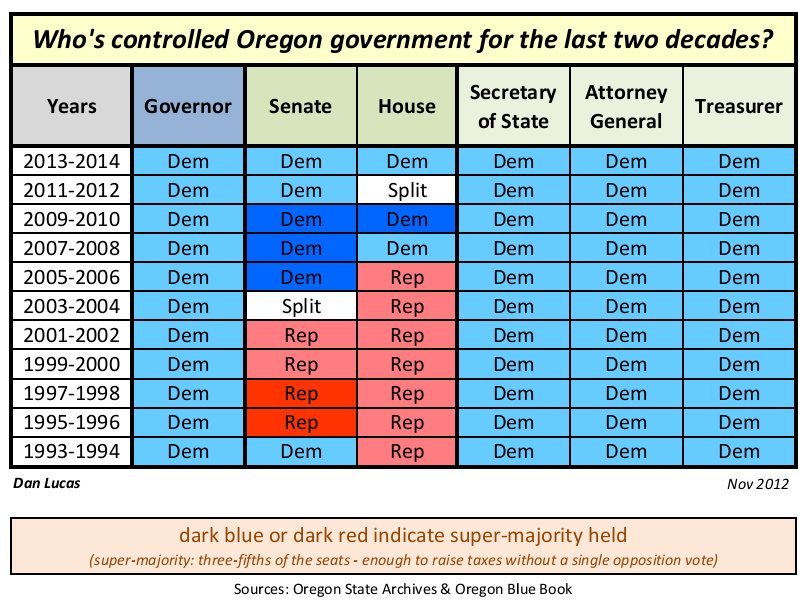 In addition to controlling the executive and legislative branches of state government, Democrats will also continue to control the judicial branch, as Bruce McCain noted in a January 2011 article.