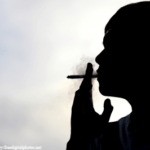 The Oregon legislature is once again trying to raise the cigarette tax, this time by $1.00 per pack. According to the sponsors of the bill―Representative Mitch Greenlick and Senator Elizabeth Steiner Hayward, both of west Portland―the primary purpose of HB 2275 is to reduce tobacco consumption, not raise revenue for the state.

But the bill itself tells another story. It states in Section 6 that “All moneys from the taxes imposed by this Act shall be credited to the General Fund.” Where is the specific assistance for smokers trying to quit smoking? It’s not there. Under current law, the state’s Tobacco Use Reduction account receives only 2.9% of all current cigarette tax revenue, and HB 2275 does not increase that.

Moreover, since 1999 the state has received more than $1 billion from smokers through the so-called “Master Settlement Agreement” with the four largest tobacco companies. That money was supposed to pay for the “costs of smoking” imposed on society. Yet, most of those funds were spent on other programs that had little to do with public health, and none of it went to tobacco cessation programs.

Smokers are routinely picked on by legislators because they are a vulnerable minority, but they are already paying more than their fair share of taxes. If reducing tobacco use is really the goal, it’s time for politicians to try another approach.