The controversial Columbia River Crossing project has just taken a strange new twist. A new plan has emerged to build a hemp bridge to replace the current I-5 bridge. The new plan came from U.S. Rep. Suzanne Bonamici after she saw a sixth-century hemp bridge in France, that’s still standing.  Rep. Bonamici has long been a supporter of the legalization and use of industrial hemp. During her 2011 campaign she advocated for hemp saying “It’s rope, not dope.”

The bridge wouldn’t actually be made from rope, but from Hempcrete.

The new plan, the Columbia Reefer Crossing, has the backing of Sen. Ron Wyden and Governor Kitzhaber. Gov. Kitzhaber told reporters at a press conference Friday that quite frankly he’s tired of all the half-baked CRC ideas. Said Kitzhaber “If we’re going to do this thing, let’s do it fully baked.”

Gov. Kitzhaber spoke in glowing terms of the new hemp bridge proposal “It’s eco-friendly, it will bring hundreds of green jobs to Oregon, and initial projections are that building a hemp bridge will cut the costs in half.”

Critics were quick to point out that there are many details to be sorted out with the hemp bridge proposal. They concede the hemp bridge does take care of Coast Guard height concerns – it’s much easier to get higher using hemp – but the new hemp bridge design cannot accommodate any motor vehicle traffic or light rail. Gov. Kitzhaber scoffed at the detractors “Hey, it does accommodate bikes and pedestrians, and anyway, those kinds of granular issues can be ironed out during the construction phase.” 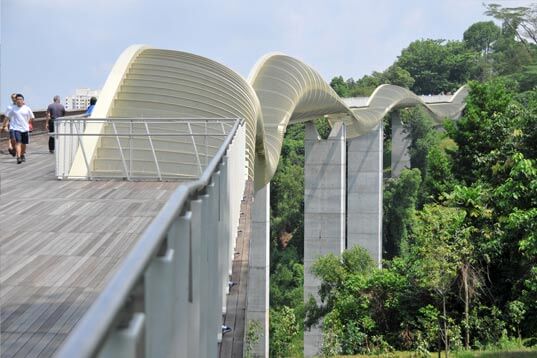 Supporters of the new plan have been recruiting celebrities to help build support for a hemp bridge. Actor Woody Harrelson made a guest appearance last week with a local grassroots protest organization, Hemp Bridge Now!, and spent several hours in the drizzling Northwest rain chanting “tokes not tolls!”

In an interview after the rally, Harrelson took time out to speak with reporters. “This is very exciting. Washington has recently legalized marijuana, and Oregon is looking at doing the same. The CRC would be a living symbol of the cannabis bridge between the two states.”