Many alarming things have been written, some on Oregon Catalyst, about the fervent opposition to plans for exporting coal from northwest ports.  In particular, Oregonians in the Willamette Valley have outdone themselves fighting the plan to export coal through Coos Bay, since this would cause several mile-long coal trains a day to pass through their communities, from Portland to Eugene, from there to the coast, and back again.  The opponents’ arguments have included the prospect of city traffic being blocked (by long coal trains slowly moving through grade crossings), along with health concerns (coal dust blowing off the open cars) and global warming (caused by the Asian power plants’ burning of the coal, although it is not clear how our refusal to export it would change that).

Adding fuel to their fires seems to be a romantic yearning for a future when the production of energy will be costless to the environment.  In any case, even though Oregon’s city councils have no authority to regulate railroads, some have responded to the activists by passing anti-coal-train resolutions.  Environmental organizations have filed lawsuits.  Lawyers have racked up billable hours.  Chambers of Commerce and union activists have waxed indignant about greens and “selfish” NIMBY-obstructionists blocking the yellow-brick road to Progress.  And, as with so many earlier “development” plans that ran on the rocks, the anti-coal activists are now likely to be blamed for the failure of the Coos Bay coal export plan.

I suspect that the greens and the NIMBYs may not mind getting the blame (or the credit), considering it a feather in their cap.  But they don’t deserve it; by rights we should blame the inept and ignorant Coos Bay Port Commission and its staff for all this divisive commotion.

The coal plan fit the mold

In its essentials, the coal export plan was no different from the failed economic development schemes the Port of Coos Bay has been launching these past forty years.  As my recently published book “The JOB Messiahs” shows, all those schemes had three elements in common.  (1) They were big and sensational, good for generating headlines promising hundreds or even thousands of new jobs, while keeping the Port Commission in business instead; and that is the real objective of any well-paid bureaucracy.  (2) They were insufficiently researched, since the Port is ill-equipped to do its homework; and that’s because it doesn’t understand transportation economics or the marketplace or the CoosBay area’s real economic strengths.  In fact, it doesn’t even know its own history.  And finally (3) every one of the Port’s previous plans has melted away because of its inherent contradictions.  The coal export idea fit that mold perfectly.  And the Port should have known that it would never fly, because an identical scheme had been concocted back in 1980.  But the Port didn’t seem to know.  Or it didn’t want to know.

In 1980 a stock promoter who called himself President of “Canasia Coal,” an un-capitalized new company, got Coos Bay excited about exporting coal.  At that time oil prices had spiked, and there were rumors about power plants in the Far East converting from oil to coal, to save money.  Rumors about economic turmoil always bring promoters out of the woodwork, and in the case of Coos Bay it helped that the area’s early history had seen some local coal being shipped to San Francisco.  But it had been a low-quality coal that was difficult to mine, so the Coos Bay coal industry had died. 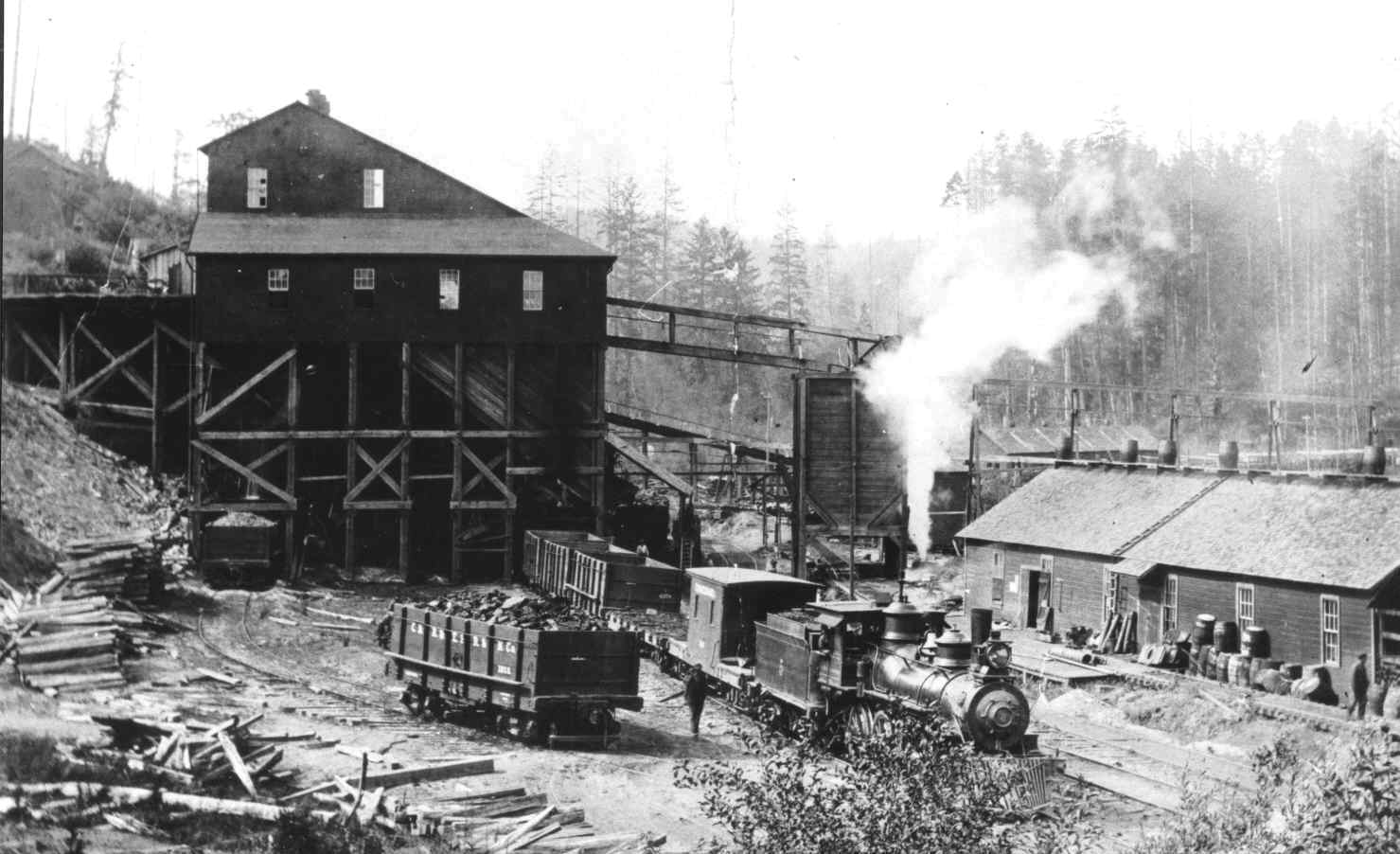 The Canasia Coal plan called for a local coal mine to be re-opened, and for that coal to be mixed with coal from Utah, to a specific level of BTUs, at a storage facility on Coos Bay’s North Spit.  According to the promoter, Asian power plants required this specific level of BTUs, and he claimed to already have “signed contracts” with prospective users in Taiwan.  That was a fib, and not the only one he told.  But Coos Bay was entranced, and when the plan finally melted away, local critics who had questioned the wisdom of locating a coal-dust-blowing facility half a mile due west of town got all the blame.

In reality, the Canasia Coal plan failed because simple transportation-arithmetic proved it to be uneconomical.  Coos Bay was too far away from the open-pit mines in Utah (or Montana or Wyoming) to make exporting coal an economically safe venture.  By the time such coal arrived, long-distance rail transportation would have made it too expensive.  Some people in Coos Bay maintained that the plan was sound, but they had a personal compulsion to do so since they had bought stock in the company.  Compared with other failed ventures, the Port of Coos Bay came out of the coal export plan without major financial damages, but other northwest ports were not so lucky.  The Port of Kalama had spent one or two million preparing a site for a coal exporter who didn’t come through.  And a group of promoters built a coal export facility in Portland that never exported a pound of coal and took down an investment bank that had financed the venture.

Today some may argue that prices for domestic coal have dropped, which is true, but markets can turn on a dime, hence any American coal exported through West Coast ports will be very vulnerable to foreign competition.  That’s why, historically, countries with coal fields much closer to exporting harbors have been Asia’s preferred suppliers.  Australia is a prime example, with the Newcastle open-pit mine a mere sixty miles from port; but there are others.  All this is laid out in my book’s Chapter 7 – “The Coal Promoters”, copies of which I emailed to several of the organizations concerned over the most recent CoosBay coal plan.  But they chose to stay on their environmental high horses.  They didn’t need to.  The plan died of its own genetic disease.

It remains for me to point out that the now-expired coal export idea, like all the other failed development plans for Coos Bay, was based on an absurd and preposterous superstition.  That superstition is that Coos Bay, whose rundown industrial past makes it look like a mini-Detroit but whose scenery and amenities make it the potential queen of the coast, can (and must) be restored as a major port and industrial center.  A lot of people in CoosBay still believe that, as do the local politicians, the Legislature and the Governor.  Politicians cater to what they think is conventional wisdom; it’s more likely to get them elected.

But the only reason for the Coos Bay harbor’s existence (aside from the 19th century coal industry) was the presence of many large lumber mills that wanted to ship their products out.  So the lumber ships arrived empty and left full; and that is why, with the huge decline in lumber activity, ship traffic in CoosBay has declined by 90% from its historical heights.  But CoosBay’s myopic “leaders” cannot accept that their area does not have the attributes that built great harbors and industrial centers all over the world.  CoosBay is a remote place that has neither a sizable population nor an industrial hinterland nor the kind of inland transportation grid that would make such ambitions realistic. 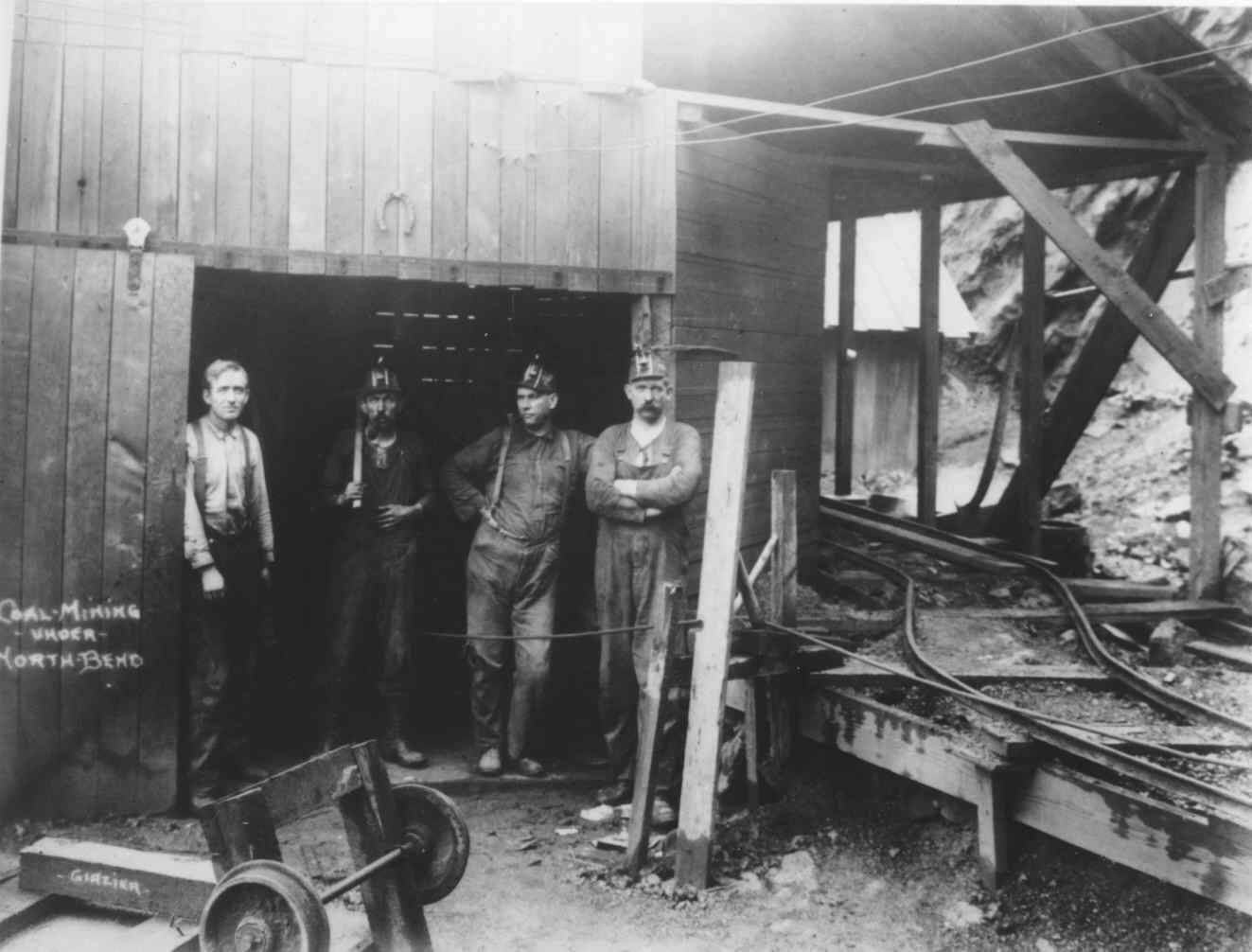 The Port of Coos Bay’s most basic problem is that, as a public agency with frequent management turnovers (the shelf life of economic development officials in permanently depressed areas like Coos Bay averages about six years), it doesn’t seem to know its own history.  The first thing no Port official or Commissioner seems to know is that well before his or her tenure started, Coos Bay had already accumulated an extensive history of sensational “development” plans with the promise of thousands of new jobs, invariably followed by nothing.

Starting in the late seventies, the Port has tried to lure the following large projects to Coos Bay:

All but one of these projects were to be built on the North Spit, which guaranteed popular opposition to spring up due to its upwind location from the local population centers.  And this list is far from complete.  Over and over again, hopes were raised, great efforts and large sums of money spent – but it was all sound and fury, signifying nothing.