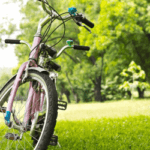 Bike share is a rental system in which bicycles are made available to individuals at low cost for a short period of time. City planners across the United States like bike share programs. Proponents claim that such systems, once created or subsidized by the government, will reduce traffic congestion and pollution.

Portland’s bike share program, run by a company called Alta Bicycle Share, has already received two million dollars from the federal government. Apparently, this was not enough “free” money to be successful, as the program has been hampered by delays. It is also short about three million dollars in equipment costs, and private sector investment has not been forthcoming.

If demand for a bike share program in Portland were so great, wouldn’t private investors be lining up to fund it? And why should Portland bike businesses be damaged by a rival with a distinctly unfair advantage―namely, taxpayer money? Portland is a city that values bicyclists. It also should value its private rental companies, not undercut them with taxpayer money. Portland should not throw more good money after bad for government-funded bicycles.

Doug DeFilipps is a research associate at Cascade Policy Institute. He is a graduate of Santa Clara University.