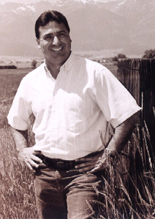 To the average Oregonian the number 5,162,926,936 probably doesn’t mean much. But to those involved in the state’s recent land-use revolution, that number represents the total compensation requested by land owners who say government regulations have hurt their property values. Under Ballot Measure 37 passed by voters in 2004 these land owners now have the right to seek compensation for their losses or government must waive the regulations. Of course the state has no plans to pay these land owners so the process of issuing waivers begins.

Each case is different and each case has what DLCD Director Lane Shetterly calls its own “land use time zone.” A land use time zone takes into account when the property was acquired and what zoning regulations, if any, were in affect. This process has turned many state employees into land use historians who must dig back through decades of changes to state and local land use laws.

Once a land use time zone has been established and a final order has been issued some claims enter the courts. About 7% of the final orders issued by the state result in litigation. Many of these cases are based on a limitation put on the waiver. Since these cases end up in different trial courts across the state a patchwork of rulings is beginning to appear.

Rulings from two separate trial courts now stand in stark contrast with one another. A judge in Crook County ruled that as long as the same family owns a piece of property land use restrictions should be waived based on when the first family member bought the land. However, a Marion County Judge ruled that while compensation can be paid based on the laws in effect when the original owner purchased the property, waivers only apply to when the current owner took over. Both of these rulings are now headed to the Oregon Court of Appeals.

While the process and the litigation may seem daunting, Ballot Measure 37 has given thousands of Oregonians the right to use their land in a way consistent with the regulations in place when they purchased it. Property owners have until December 2, 2006 to file claims based on land use regulations applied before Ballot Measure 37 took effect.

Recipients are permitted and encouraged to reprint Capitol Update articles with attribution to the Senate Republican Office or Senator Ted Ferrioli.