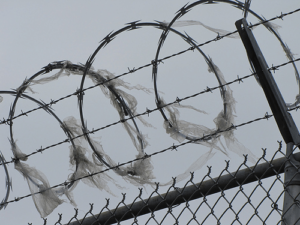 Behind Oregon’s cultural mystique lies a troubling truth: Compared with similar-sized states, we have one of the fastest growing prison populations in the nation and spend 7.5 percent more per inmate than the national average. Of the fourteen states with populations between two and five million people, ten of them spend less per inmate than Oregon. Where is the money going?

According to the Legislative Fiscal Office, entry-level correctional officers in Oregon take home 24 percent more annually than surrounding states. Likewise, Oregon is the only state that doesn’t require union correctional workers to contribute to their own health plan premiums. As a result, taxpayers carry the burden.

Union wages and benefits aren’t the only things rising―so is the average age of inmates. $21,000 in outside health care costs can be attributed annually to the average inmate over 46. Oregon taxpayers are not only footing the health care bills for aging union members, but for aging prisoners.

Making Oregon a right-to-work state would open the door to performance-based pay through competition, and medical parole reform would curtail Oregon’s aging inmate population. Both could save taxpayers money while arguably improving efficiency in the correctional system.

Oregon taxpayers have a right to be concerned about high prison costs. But until we confront and remedy the causes behind the costs, Oregon’s financial burden will only continue to rise.