A study released on September 3, 2013, by the non-profit organization State Budget Solutions, rates Oregon among the nine worst states for the health of their public pension plans.

The study is titled Promises Made, Promises Broken — The Betrayal of Pensioners and Taxpayers.

Oregon ranked the 8th worst in Per Capita Unfunded Liability ($19,266 for every Oregonian) and the 6th worst in Unfunded Liability as a percentage (38%) of the state’s annual total economic output, or Gross State Product (GSP). Oregon is tied overall as the 5th worst state along with Hawaii and Connecticut. 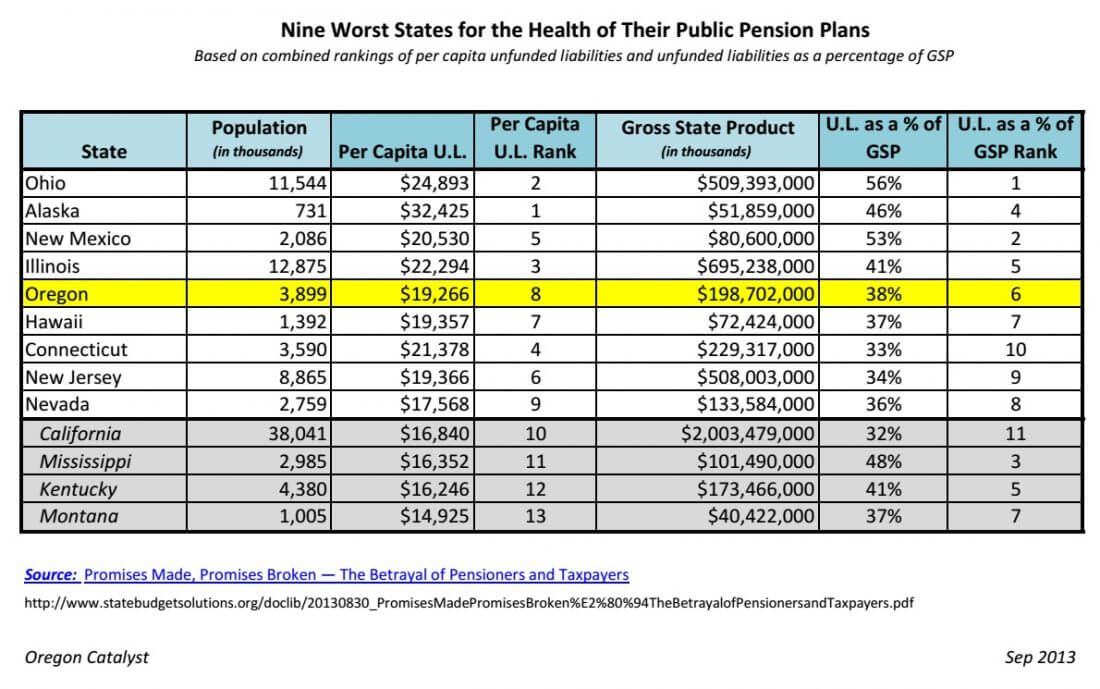 The study used a fair-market valuation of states’ pension system’s liabilities, which they feel provides a more accurate accounting. According to the study, current public sector practices can be used to make liabilities appear smaller, in order to reduce the amount “required today to pay for the promises of tomorrow.”

Recent news articles on the PERS unfunded liability also use the $14 billion figure.