Potential GOP Message for 2010:Balance is Important: “Some people say it’s important to vote to elect more Democrats to Congress to help support President Obama and his policies and to allow Democrats to implement their agenda. Other people say that Democrats are already in control of the White House, the Senate and the House of Representatives and we should vote for Republicans for Congress to help keep a check and balance on President Obama and the Democrats in Congress. Which statement comes closest to your own view?”

Even among those who approve of the job the President is doing, only 50% say we should elect more Democrats to help him, while one-third (33%) of these voters would prefer a Republican to provide a check and balance on him 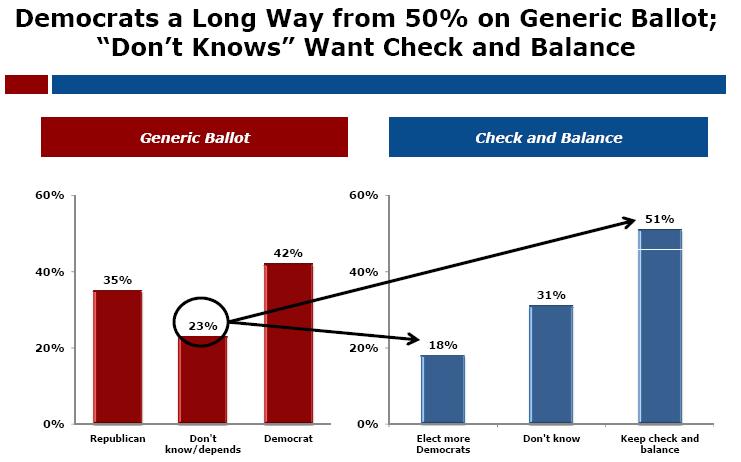 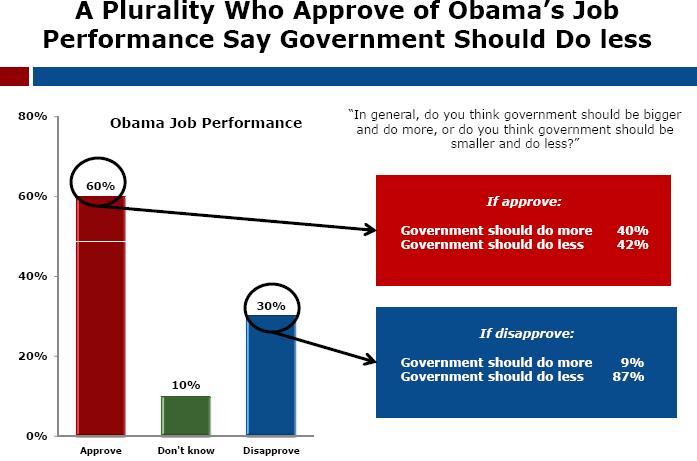