The Hill is reporting that in at least one corner of the job market there has been a spike in hiring – workers needed by businesses to deal with all the red tape being created by the Obama administration.

A policy director at the conservative American Action Forum points out one of the drawbacks of excessive red tape: “A large volume of rules can also lead firms to be primarily concerned with adhering to their requirements rather than with innovating.”

The Hill notes “Compliance jobs in the healthcare sector, which is grappling with a raft of new regulations drafted in accordance with [Obamacare], have increased at one of the quickest paces.” 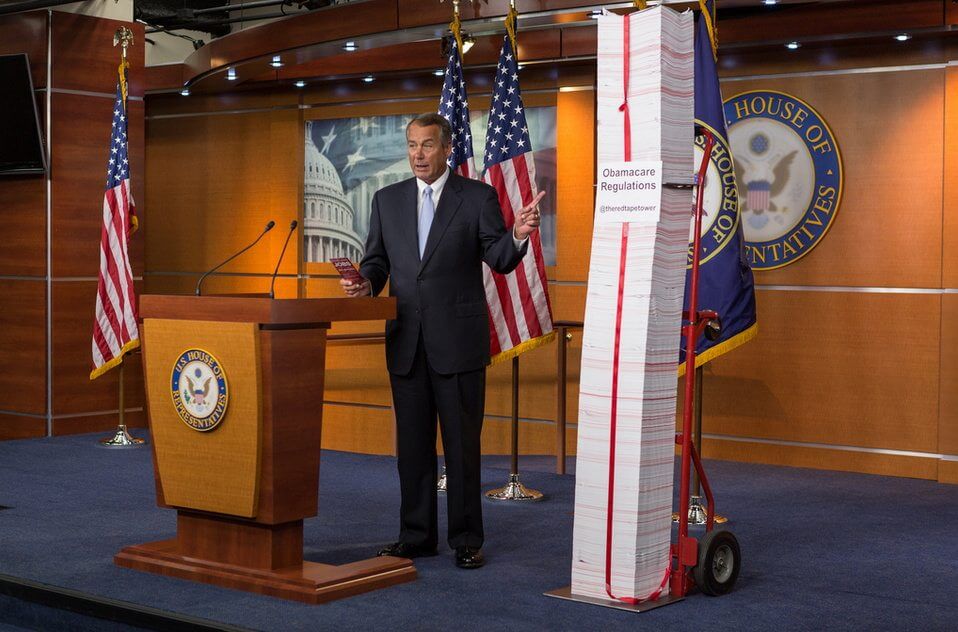 Speaker Boehner with the “Red Tape Tower” of ObamaCare regulations