Back in 2009 and 2010, Democrats controlled the White House and the U.S. House and U.S. Senate. President Obama, Senate Majority Leader Harry Reid and then House Speaker Nancy Pelosi rammed Obamacare through without a single Republican vote.

The Washington Post said of the Obamacare fight at the time “It has inflamed the partisanship that Obama pledged to tame when he campaigned for the White House and has limited Congress’s ability to pass any other major legislation.”

In December 2009, the U.S. Senate voted 60 to 39 for Obamacare. The Washington Post reported “The Senate bill passed without a single GOP vote.”

In March 2010, the U.S. House voted 219 to 212 for Obamacare. 34 House Democrats and all of the House Republicans voted against Obamacare. The NO votes were the only bipartisan votes. 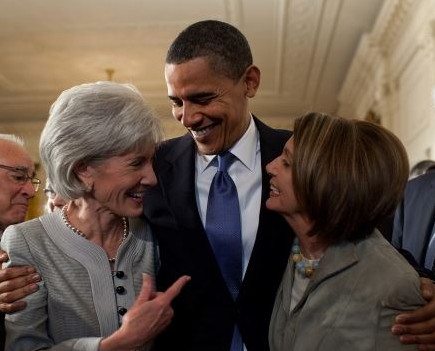