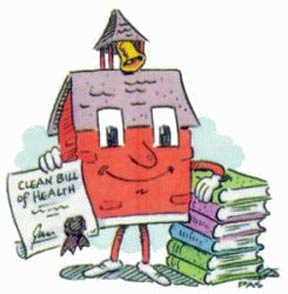 SCIO, OR, September 18, 2006 — Oregon Connections Academy (ORCA) is pleased to report that it has reached a preliminary agreement with the Oregon Department of Education (ODE) and that funding for the school, which ODE had temporarily halted, has been restored. At issue were an enrollment lottery policy and the wording of a form used during the enrollment process that described the role of the “Learning Coach.” ORCA, along with other Oregon charter schools that also use the same lottery policy, will be required to change to a new process that will be established by the Department. There will also be minor changes to certain enrollment documents that clarify the role and identity of the Learning Coach in connection with the enrollment process.

Oregon Connections Academy opened in the Fall of 2005 and currently has close to 1,300 students enrolled and several hundred more in the enrollment process. The school is governed by a non-profit corporation that has contracted with Baltimore-based Connections Academy, LLC, which operates similar schools in nine other states and will serve over 8,000 students in the current school year. ORCA students attend the school from home or another location outside the traditional classroom. They use print and online texts and other curriculum materials and utilize Connections Academy’s proprietary learning management system. Students work with certified teachers and with another adult known as the learning coach (usually the parent or someone the parents designate) who supervises and assists the student face-to-face.

On the first day of ORCA’s new school year, the ODE notified the school in a letter that its lottery policy (also used by other charter schools in Oregon) violated state law and that its practice of identifying a learning coach prior to enrollment was not permitted. The letter went on to say that the school funds therefore would be placed into escrow. ORCA had been operating with full funding using the same practices during the entire 2005-2006 school year. The ODE did not attempt to contact the school to discuss its concerns prior to its notice of withholding funding. ORCA received legal advice that its previous practices did not violate any state law and continues to maintain that position while voluntarily agreeing to make the proposed changes. Many legislative and community leaders as well as the school’s legal counsel vigorously disputed the ODE interpretation and its peremptory approach.

Barbara Dreyer, President of Connections Academy, stated, “It is a shame that this new form of schooling still generates such strong negative reaction from some regulatory authorities who do not take the time to actually obtain the facts before they react. Once the parties had a conversation, it was very easy to agree on some changes in the lottery and the enrollment process that worked for everyone. We are very confident that there were no violations of any law, but the ORCA board was very willing to address the Department’s request to clarify its use of learning coaches without getting involved in a protracted legal dispute.”

“We are pleased that the ODE and ORCA are on the same page again,” said Jeff Kropf, a State Representative who serves as chairman of the ORCA board. “We just wish this could have been resolved earlier and in a different manner, without alarming thousands of students and parents about the future of their school.”

According to ORCA Principal Jim Thomas, “We do not anticipate any further problems while we finalize these changes. ODE has acknowledged ORCA’s willingness to resolve these issues and we believe that we have now established good lines of communication for the future.”

Parents have been very supportive of the ORCA program. Last year over 70% of enrolled ORCA families participated in a satisfaction survey by an independent market research firm and 93% rated the program overall an “A” or a “B”. The school also performed well on the state’s standardized tests, with students scoring better than the state averages in a number of areas, particularly in reading and science.