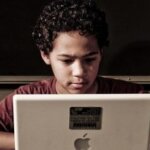 School choice is widespread in America, including in Oregon—unless you are poor. Affluent families have choice because they can move to different neighborhoods or communities, send their children to private schools, or supplement schooling with tutors, online courses, and enrichment programs. Lower and middle-income families, meanwhile, too often are trapped with one option—a school in need of improvement assigned to them based on their zip code.

Some states such as Arizona, Wisconsin, and Florida have made significant progress toward providing more Kindergarten through 12th grade options for many children. Public charter schools (including online charters) and private school attendance made possible by state funded vouchers or tax credits are increasing families’ opportunities to find the right fit for their children. But these options are constantly under attack by those who represent the status quo: those who want the public school system to stay just the way it is, so it continues to provide virtually guaranteed jobs and benefits for certain teachers and administrators―regardless of the results achieved by the children they are supposed to serve.

As Matthew Ladner, Ph.D. wrote in a major study for the Friedman Foundation for Educational Choice:

Education savings accounts are the way of the future. Under such accounts—managed by parents with state supervision to ensure accountability—parents can use their children’s education funding to choose among public and private schools, online education programs, certified private tutors, community colleges, and even universities. Education savings accounts bring Milton Friedman’s original school voucher idea into the 21st century.

Conceived of by the Goldwater Institute of Arizona nearly a decade ago, education savings accounts were first passed by that state’s Legislature in 2011 for special-needs children. In 2012 the program was expanded to children adopted out of the state foster system, children of active-duty military parents, and children in “D” and “F” failing schools. Last June, Arizona’s Governor signed a bill to expand ESAs to children entering Kindergarten and to increase funding for the accounts.

Nationally, school choice is becoming a more bipartisan issue as many Republicans are being joined by leading Democrats, such as former Clinton White House Press Secretary Mike McCurry. McCurry is now chairman of the national Children’s Scholarship Fund, which provides privately funded tuition scholarships to low-income elementary school kids. He describes the school choice movement as a rare example of centrism in our increasingly polarized American politics.

And, America’s newest U.S. Senator, Democrat Cory Booker of New Jersey, has long been a school choice advocate. Speaking back in 2001 for Cascade Policy Institute, Booker told Black students at Portland’s Self-Enhancement, Inc. how important school choice is for his fellow African Americans.

It is time for Oregon to move further toward school choice for every child, and ESAs offer an attractive way to start the journey. Already, our state has over 120 public charter schools that were made possible by passage of a 1999 bill in the Republican-controlled legislature that was signed into law by a Democratic Governor (John Kitzhaber).

In the upcoming February 2014 Oregon legislative session, Oregonians will have an opportunity to start down the ESA road with passage of the Education Equity Emergency Act (E3).* It will create Empowerment Scholarship Accounts modeled after the highly successful Arizona program. These scholarships will help level the educational playing field for kids with special educational needs, in foster care, or in low-income families. Scholarship recipients can use ninety percent of their state education funding for approved educational expenses like private schools, tutoring, education therapy, textbooks, online education programs, community colleges, universities, or college savings plans.

One E3 Act sponsor notes, “These students have had unique challenges in their lives and require enhanced educational flexibility to ensure successful degree attainment.”**

Oregon has a history of bold experimentation in other policy areas. Now is the time to experiment with expanding the role of parents choosing and the market delivering better education for Oregon’s children. Education Savings Accounts will empower families to find better educational options, leave the “use it or lose it” funding mechanism behind, and save toward their children’s higher education. Altogether, ESAs will provide winning situations for children, their parents, and Oregon’s future.

* The Education Equity Emergency Act is in draft form as of January 7, 2014. The official bill language should be available before the session begins on February 3.

** From a letter by State Senator Tim Knopp to the Chair of the Senate Education and Workforce Development Committee Mark Hass requesting a hearing on the E3 Act during the January interim legislative hearing days. The hearing is tentatively scheduled for the afternoon of Thursday, January 16.