The passing of former Oregon Governor Victor Atiyeh last month has prompted an outpouring of positive comments about the last Republican governor in Oregon, both for his accomplishments, as well as for the positive way he conducted himself while he held the state’s top political job.

Memories abound for me because I had the privilege of serving in the Atiyeh Administration from 1979-87, including a stint as the Governor’s press secretary.

Senator Peter Courtney captured the man well in his tribute:  “Governor Vic Atiyeh was a kind and gentle man. He had a great smile and a great way of dealing with people. He was the ultimate public servant in the truest sense of the word. There was no greater role model.  He led our state during the most difficult of times. He found a way to make things work when everything was going against us. He brought out the best in people by appealing to the best in each and every person. He never focused on the negative. Oregon is saying goodbye to one of its greatest statesmen and one of its most remarkable citizens.”

Here is a quick collection of my own memories:

Coming back to Oregon:  After working in Washington, D.C., for Democrat Congressman Les AuCoin, I returned to Oregon and joined the Republican Atiyeh administration.  Like AuCoin before him, Victor — as we sometimes called the Governor — never asked me or any other staff member about my political affiliation.  The only question was whether I could do the job.

The governor’s favorite sayings:  His staff heard certain phrases repeatedly, so much so that they stick in my mind today, 30 years later. He liked to say, “Well, that’s just part of the great pageant of life.”  Or:  “There never are any problems — just opportunities.” Or, as The Oregonian paraphrased last month, “You can do a lot if you don’t care who gets the credit.”

The governor’s bi-partisanship:  Victor came out of the Oregon Senate (where he served from 1965 to 1978) to run for the state’s top political job.  He campaigned as a centrist Republican and conducted himself in office in that manner, exhibiting a style and credentials often absent in politics today. He worked with Democrats to lead Oregon out of a tough recession, build bridges to the Pacific Rim (earning him the title “Trader Vic”), repealed the unitary tax (prompting Pacific Rim companies to invest in Oregon), spearheaded an effort to drive the Rajneesh out of Oregon when the cult threatened to take over part of Eastern Oregon, and balance the state’s budget, including tax increases to offset revenue losses.

Did the governor ever get mad?  I have been asked that question over the years, given Victor’s unassuming style, and my answer always has been, “not very often.”  But I did see him go over the top one day as we sat in a state agency Cabinet meeting — and, yes, Atiyeh did attend most Cabinet meetings, as he exhibited a hands-on style of managing state government. The topic that day was how inmates at the state’s prisons (there were three in those days compared to today’s 14) could sue the State of Oregon, charging cruel and unusual punishment for double-bunking in the state’s institutions. The suit was filed by a prison advocacy group, with the State of Oregon required to pay for both sides of the representation, plaintiff and defense. Sitting in the Cabinet meeting, I saw Victor’s face turn red when he heard a report on the suit and then he uttered a phrase along these lines: “This is absolutely preposterous.” Acting Attorney General Jim Brown appreciated the sentiment, but warned that such a phrase, if uttered in court, could irritate a judge. Victor said he didn’t care. In the end, it didn’t matter because the case never reached the courts.

The governor’s style in office:  Victor liked the governor’s job and he showed it. He held open office meetings where he interacted with the public. He met with school classes as they toured the Capitol. He held what he called “media availabilities” where he talked with members of the media without any major announcement to make. Like a Republican governor before him, Tom McCall, Victor liked to walk the halls of the Capitol, meeting members of the public and consulting friends in the legislature on both sides of the aisle.

Winning re-election:  I was fortunate to serve as the governor’s press secretary in Salem as he did what many governors before him did, which was to hold a top political job while at the same time running for re-election. He was diligent in both roles. As election results began to be tabulated in November 1982 (there was no vote-by-mail in those days), Victor sat in a Hilton Hotel room in Portland, joined by his wife, Delores. Against then-state senator Ted Kulongoski, Atiyeh cruised to a landslide victory, 62 percent to 35 percent. I was fortunate to be one of those aides in the hotel room with Victor and, along with the rest, was told by his campaign manager before the final vote was tabulated, that the final tracking poll had the governor winning 62 to 35. It was fun to see that vindication of that first term, not to mention of polling itself. 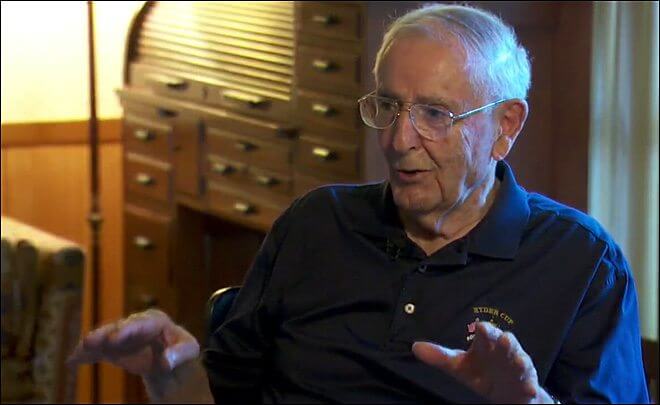 The governor will be missed. He served 20 years in the legislature and eight years as governor. After leaving office, he acted as an elder statesman, going into an office in Portland until his late 80s and always being available to be seen by the public as an advocate for the state he loved.

I remember him for his low-key demeanor, commitment to hard work, willingness to find middle ground and accessibility. One of my partners in business, Pat McCormick, who had accumulated Democrat credentials, told me that he remembered Atiyeh as the most accessible governor he had ever seen. Even as a Democrat, Pat had unusual access.

For my part, as we remember Governor Atiyeh in the next few days, I think we need more Atiyeh’s in public office, whether Republican or Democrat.  We need public servants who will reach across disagreements to find the smart middle ground for the benefit of all Oregonians.

Victor Atiyeh was, for me, a master at that now-faded political art.