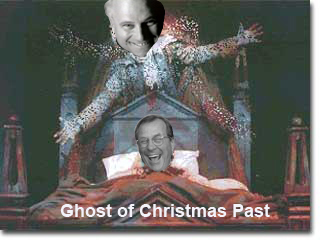 Check out the whole story and extra interview pieces at Bojack.org here.

Here are the bare facts from the new revelations:

Leonhardt says:
– Kulongoski said he was “[k]eeping Neil at arms length because he asks me to do unethical things.”
– The Oregonian never acted on his story, when it was public the “O” never asked Ted the all-important questions.
– Kulongoski’s campaign still claims the gov. knew nothing.
– For going public Leonhardt was “[A]ttacked by Ted and his minions as “troubled, angry and disgruntled.”

For the past record check out the Willamette Week’s many stories on it, and you can piece together the crime scene yourself.

Who Knew: “It turns out, however, that Goldschmidt’s secret wasn’t so secret after all.”December 2004,
The Goldschmidt ResignationMay 2004,
Goldschmidt’s Grip Ted & Neil very close during Ted’s first term. Dec-2004,

Too many holes, too many unanswered questions, now is the time to clear the air for all parties involved!