KOIN TV in Portland ran a rather astonishing story Tuesday night. The story was about a sex education conference held each year in Seaside, OR – the Adolescent Sexuality Conference. KOIN reported that children as young as 11 attend.

One of the more astonishing revelations in the KOIN news story was that in one of the pamphlets handed out at the conference it promotes the use of meth. Here’s an excerpt on the discussion of meth “Meth is widely used for a million reasons…desire to have lots of sex with lots of partners for long periods.”

The pamphlet goes on to list ways of reducing the risk of using meth: “don’t overdo it…watch your intake, don’t share works [needles. tuters.], eat. drink water, sleep, allow your body to recover, don’t hesitate to get help, listen to what your body is telling you.” 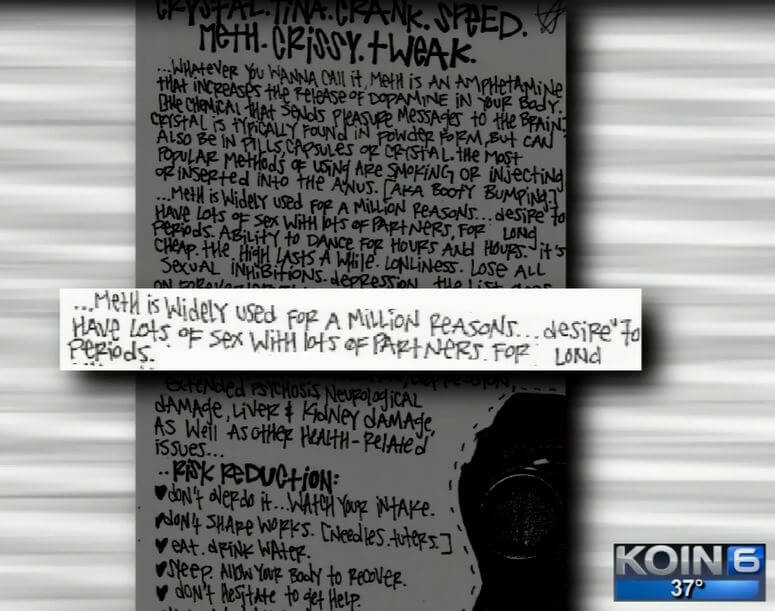 This at a conference for adolescents.

Ironically, the Meth Project tries to warn people that meth can lead to unwanted sex, and yet here in Oregon the Attorney General’s Sexual Assault Task Force helps put on a conference that promotes meth use.

Does sex ed conference for students go too far? (KOIN)