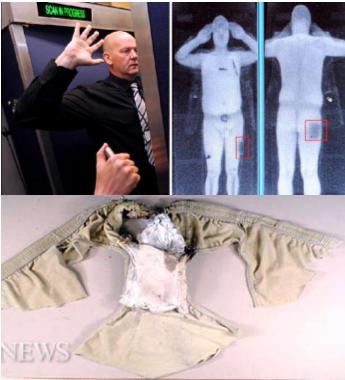 Question of the week,

The recent NW Airlines bomber passed security and was even on the watch list. New details show that he had sewn a bomb in his underwear making it extremely difficult to detect. Just in time, KATU-TV reports that Portland airport will be getting a full-body scanners that x-rays the entire body sometime in 2010. This raises several civil liberty questions.

Proponents state that such scan images are carefully reviewed by gender and the images are deleted within few minutes unless something is detected. Is this the best way to fight airline terrorism? Would a scan have been able to detect small bomb ingredients in someone’s crotch? What about the no-fly list? Is the list too big to manage or too small and not enforced?

America is at a decision point. Where do you stand?