TAO to fight back against two new tax increases 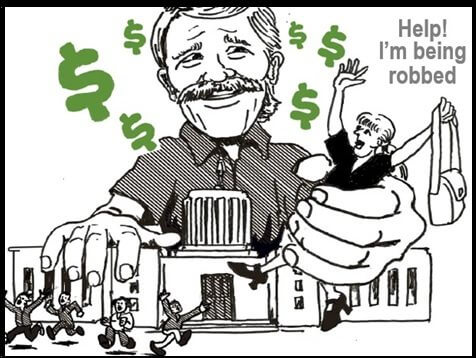 Expect a raid on your Income Tax Kicker Refund

The politicians have already spent $250,000 of your tax dollars on a plan to implement an Oregon Carbon Tax — something Kitzhaber has been campaigning on and recently said it was “inevitable”. A Carbon Tax penalizes people for using electricity, heating their homes and driving their car. One study shows that a Carbon Tax can add 18% to your utility bill.

1. Kitzhaber’s fiancée, Cylvia Hayes, was caught using the Governor’s office for personal gain and using state staffers to assist her private consulting business.  When on of the Governor’s top aides complained about the unlawful action, that employee found herself quickly fired.

2.  Kitzhaber ex-campaign manager, Patricia McCaig, was paid $475,000 in our tax dollars as a consultant to the failed CRC bridge project. Taxpayers paid $175 million for 84 various consultants for a bridge never built.

3. The Oregon Health Authority (OHA) awarded a $150,000 contract to the wife of a former top aide to Gov. Kitzhaber, Kate Raphel, eight days before any competitive bidding could officially start.   When the award was rejected by state contracting officials because OHA had not followed proper bidding protocol, OHA solicited bids with the lowest bid coming in at $34,350, but the contract was awarded to the wife of the Governor’s aide, even though her bid was almost five times higher.

5.  Governor Kitzhaber even provided his campaign staff with confidential legal matters that were not available to the public. Coordinating political campaign staff with government employees is what our impeached President Richard Nixon got in trouble for.

6.  Close Kitzhaber advisor, Bruce Goldberg, was fired as a director of the Cover Oregon scandal only to be secretly re-hired as a $14,000 a month consultant for the State.

7. Kitzhaber’s friend, Rudy Crew, wasted $265,000 as Education Czar spending much of his time looking for another job.  If you didn’t know Oregon had a new position of Education Czar it is because the czar spent 32 days on vacation and 63 days out of Oregon on 17 trips (New York, Santa Fee, Las Vegas). Despite his $280,000 salary & $1,000/month car costs he still missed 50% of his scheduled meetings with lawmakers and soon left Oregon for a better job.

We need to stop the cycle of Kitzhaber’s new taxes & history of gross misspending of our hard earned tax dollars on his friends who keep showing up in the newspaper in various scandals.

Stand against Kitzhaber’s taxes & ethically challenged friends.  Donate political tax credit to Taxpayer Association of Oregon PAC.   You can donate up to $50 ($100 couple) and get 100% of it back on your Oregon taxes.  Help the cut taxes and protect liberty with your support.