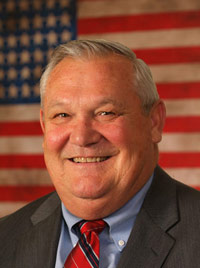 “I haven’t yet reviewed the budget in detail, but it appears the Governor is proposing a budget that increases discretionary spending by nearly 20 percent. This spending is fueled by an optimistic revenue forecast, as well as new taxes and tax increases on Oregonians.

“The Governor could have produced a sustainable budget using the state’s available resources. Instead, he is proposing to spend everything the state has, and raise taxes to pay for the rest of the items on his shopping list.

“House Republicans share many of the priorities included in the budget, including strengthening schools and adding State Troopers to provide 24/7 coverage on roads and highways. However, we differ with the Governor on how to pay for these services.

“The Governor wants to increase education spending by raising taxes on Oregon businesses, using a model the voters soundly rejected in 2004. The Governor admitted he could add new troopers without raising taxes, but he wants to tack a fee onto automobile insurance bills anyway.

“The Governor could have funded the state’s essential priorities, and left the remainder in a reserve fund for future budget shortfalls. Instead, he wants to “divert” constitutional kicker money to a rainy day fund that amounts to only two percent of General Fund revenues.

“Our caucus will review the Governor’s budget over the coming days. We believe the Legislature should take a more responsible and sustainable approach to balancing the state budget.”