Poll: Our readers were asked to write-in the name of the “national political figure they admire the most”. Sarah Palin came out the clear favorite.
Out of 436 respondents, 64 names were listed. The top ten names who received the largest number of write-in votes were: 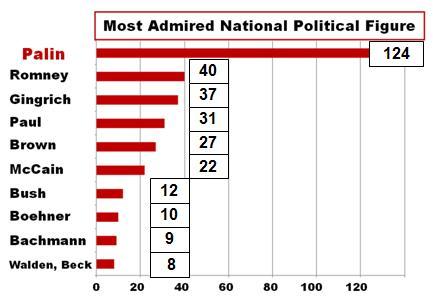