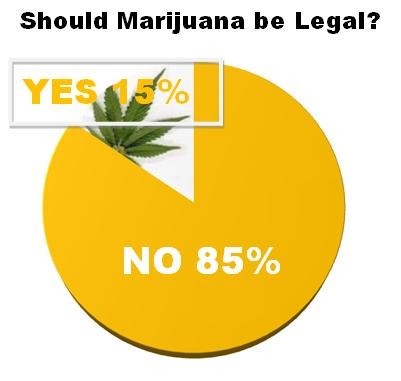 An Oregon petition has started that would legalize marijuana for private, personal use. Do you agree? If you say “yes”, you would be in the minority. The vast majority of Oregonians, 85% of 988 respondents, said “no”.

Are we out of step with the rest of America? A national CNBC poll shows respondents agree with Oregon. Even though our results showed a much larger number in opposition to legalization, the determination in both instances was unmistakable.

The CNBC Poll asked, “Do you favor, oppose or neither favor nor oppose the complete legalization of the use of marijuana for any purpose?”