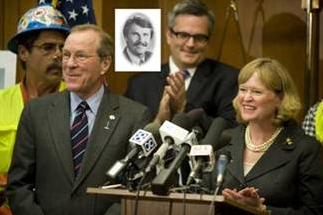 Portland – John Kitzhaber today is clinging to the past in a desperate attempt to claim credit for the Vestas wind energy company establishing its headquarters in the Pearl District: “During my time as governor, I helped to recruit Vestas to Oregon,” Kitzhaber stated on his website today.

It is unclear at this time if John Kitzhaber will also take credit for the 65% rise in unemployment under his leadership or the fact that it has remained above the national average for the last 14 years.

“John Kitzhaber is trying to revise history yet again. This time he is claiming credit for Vestas. What’s next? Is he going to say he coached the Ducks to the Rose bowl last season? Kitzhaber had his chance to create jobs and his record is clear – he failed,” said Oregon Republican Party Chairman Bob Tiernan.