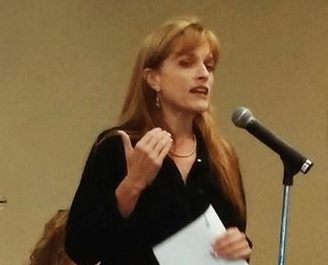 You’ve heard her voice many times at our meetings, and read her updates.

Anne Marie Gurney has worked for Freedom Foundation for three years, after many years working in Oregon’s activist community for limited government. She began doing opposition research for the foundation. A plan was hatched to open an operation in Oregon two years ago, and she was hired as the state director. Freedom Foundation’s laser focus is labor reform — removing the undue political influence of the unions, which they acquire from dues forced from the pockets of government workers.

So lock up your sheep, and join us Wednesday night.
You may bring your rhetorical torches, scythes, clubs and pitch forks.