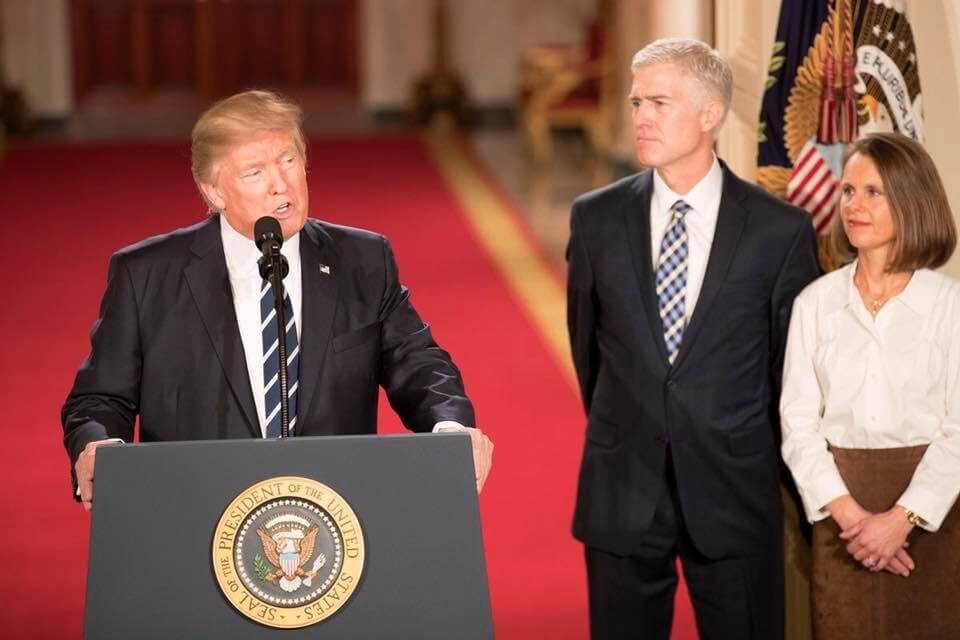 I have been a skeptic of Donald Trump ever since he burst on the political scene, but credit where credit is due, our President hit it out of the park with his Supreme Court nominee. Neil Gorsuch, the 49-year-old Originalist from the 10th Circuit Court is the best thing that Donald Trump has done since taking office.

Almost a year ago when I learned of the death of Justice Antonin Scalia, I felt a fear for the future that I had never felt before. Sure there were many elections that had not gone the way I would have liked, but I knew that there was always hope to take those seats back in the future. When Justice Scalia died, there was a legitimate chance that a number of constitutional protections that I deeply care about could have been rolled backed for decades if not indefinitely.

For a while now we have enjoyed a relative balance on the Supreme Court. Conservatives get wins on the 2nd amendment, campaign finance, and religious liberty cases such as Hobby Lobby and Liberals get wins on marriage, Obamacare, and abortion. When Justice Scalia died that balance was thrown into jeopardy.

Throughout most of the election, we heard that we were only one liberal Supreme Court Justice away from the effective repeal of the 2nd amendment and the end of constitutionally protected religious liberty. While we can speculate about the degree to which that was true, it is absolutely true that those of us who care about gun rights and religious freedoms would not have been happy with the rulings of a Supreme Court where Hillary Clinton got to decided on Justice Scalia’s replacement.

So this Trump skeptic gives the President all the credit in the world for coming through on his promises to conservatives to appoint a Justice in the mold of Antonin Scalia. I know many people who held their nose and voted for Donald Trump for the sole reason of protecting the Supreme Court, and I believe those people are very satisfied today.

Neil Gorsuch is only 49 years old, so it is likely that he could serve on the court for more than 30 years. Gorsuch even clerked for the Court’s current swing vote Justice Anthony Kennedy, so he could be incredibly valuable in persuading Justice Kennedy to vote with the conservative bloc of judges on many issues. Most importantly Gorsuch is an originalist in the vein on Justice Scalia. Sometimes his reading of the text may lead him to conclusions that don’t make conservatives happy, as it was when Scalia’s principles caused him to join the liberal bloc on the Texas v. Johnson case regarding flag burning, but Gorsuch will interpret the Constitution strictly and keep the power of the government in check.

So bravo President Trump, while it won’t prevent you from receiving criticism for future actions, you may have just saved the individual right to own a gun and the right to practice your religion freely for an entire generation of Americans, and for that we thank you.