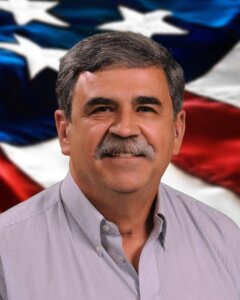 Commissioners from Marion and Clackamas Counties have made their decision, choosing Silverton Mayor Rick Lewis as the next State Representative from House District 18. He succeeds Vic Gilliam who resigned on February 1st. Lewis was sworn in today in Salem.

In an interesting quirk of Oregon law, Lewis is allowed to keep his position as Mayor of Silverton. He announced his intention to do so in a statement to The Oregonian:

“Oregon law prohibits an elected official from holding two “lucrative” offices, meaning two offices where a salary or stipend is received,” Lewis wrote. “As mayor, I receive no salary and no stipend, so I can continue to hold that office.”

Update: In a Press Release from House Republicans, Lewis announced he would not continue to serve as Mayor of Silverton, citing a possible legal challenge:

“The decision to step away from my role with the City was far and away the most difficult part of this process,” said Representative Lewis. “I was hopeful that I might be able to continue serving as mayor while also serving as a member of the Legislative Assembly, but it became clear that there were some outstanding constitutional questions that could expose both the City and the Legislature to some risks. I have pledged to be as helpful as possible to my colleagues in Silverton as they navigate this unexpected transition. Today is very bittersweet for me, but I am comforted by the fact that I will still have an opportunity to work closely with my friends at the City as I assume my new role in the Legislature.”