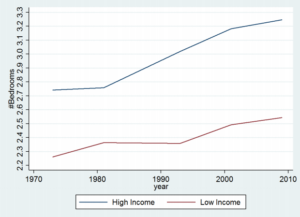 Bruce Sacerdote, Professor of Economics at Dartmouth College, has submitted a new paper to the National Bureau of Economic Research tackling a vexing measurement error problem in tracking the growth of income over the past fifty years. Despite popular perceptions that our indexing of prices over time understate inflation, the opposite is the case.

If that seems counter-intuitive to you, imagine that the TV you have right now were priced the same as the best TV money could buy 50 years ago. Being the same price, would you be indifferent? Of course not. The improved quality of your current TV would mean that it’s necessarily a better buy for the same amount of money.

In the world of price indexes, that means it’s less expensive. Technology discounts prices over time in ways that our inflation indexes struggle to capture.

We often see journalists make the rookie mistake of using the CPI to show that real wages have been stagnant for decades. Using a more accurate metric, the Chained CPI, shows that the wages of all Americans have actually been going up.

Sacerdote takes another approach. There may not have been smartphones fifty years ago to easily compare consumption of the poor today when low-income Americans are using products that the wealthy would have paid a fortune for decades ago if given the chance, but two major durable goods, housing and automobiles, have both been around as long as we have had pricing data to measure and can act as unique proxies of wealth over time. 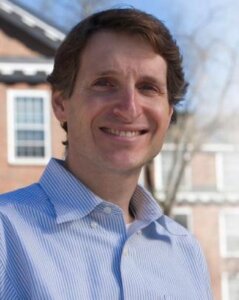 Sacerdote tracks the consumption of these bellwether products over the last 45 years. The square footage of lower income homes has increased 8%. This growth in living space occurred during a time when the quality of low-income housing has increased as well. One salient fact from his paper is that, in 1970, 12% of poor Americans lived in homes that lacked indoor plumbing. That number has dropped to essentially zero.

Americans in the lower quartile of income, most of whom have been below the federal poverty line, owned on average 0.75 motor vehicles per household in 1970, but by 2015 they possess on average 1.4, an 87% increase in what has long been an American marker of having money to spend. During that time the quality of cars and trucks have increased in every way from safety to fuel economy.

When we measure the quantity consumed of these big-ticket items, it confirms what an accurate measure of wages also clearly implies: even the bottom quarter of America’s income distribution is wealthier today than it was decades before. Of course the rich have gotten richer too and have at a higher growth rate, but if you want to follow that fact with the cliche that “the poor are getting poorer,” you’d be contradicted by the evidence.

There is also much evidence that the robust growth in American wealth in the past few decades has a lot to do with our open economy’s greater integration into the world’s trade, labor, and capital markets. When our President threatens to replace that more market orientated economy with the failed mercantilist policies of the past, he’s not only threatening the livelihood of wealthy Americans. He threatens the poor too.