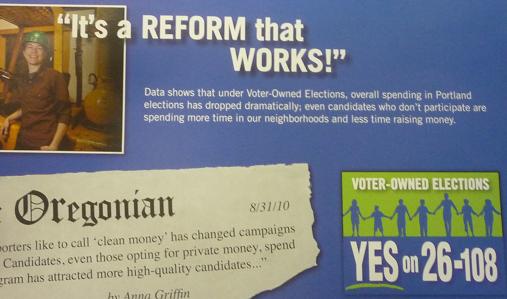 This Stacey vs. Hughes mailing attempts to show the reader a clear difference between the candidates for Metro — Bob Stacey and Tom Hughes. The choice is between never ending pastures of paradise and evil houses! I notice that Bob Stacey says in this mailing that “Bob Stacey create jobs” next to the picture of the remote barn. If no one is allowed to build a home or a business how will exactly Bob Stacey create jobs? 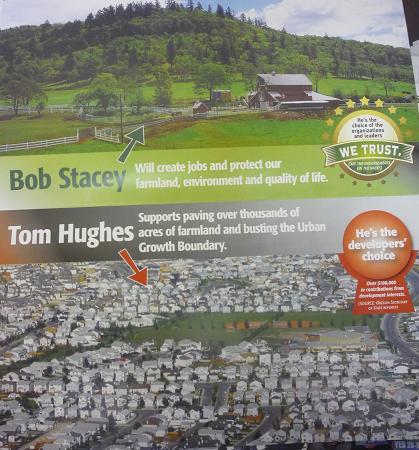 This mailing has strong words in the measure to increase tax funding to pay for the Oregon Historical Society. As you can see in the photo the potent statements that used are “Their doors will close” and an even more frightening ending statement that reads “…when you lose your history, you lose your future.” I suppose the threat of the end of time is a good dramatic negative political consequence if I have ever heard of one. 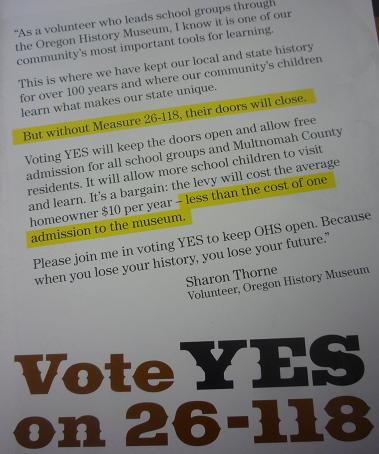