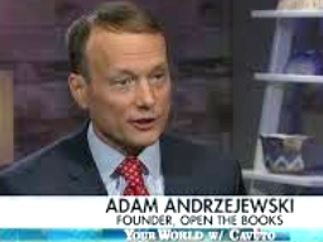 “Sunlight is said to be the best of disinfectants; electric light the most efficient policeman,” wrote Louis Brandeis in 1914. Today, the Freedom of Information Act and internet make it possible to post online all spending at the federal, state, and local levels. This kind of radical transparency can transform U.S. politics.

Since 2011, American Transparency, a nonprofit, has built and operated OpenTheBooks.com, the largest private repository of U.S. public-sector spending. The ultimate goal: post “every dime, online, in real time.” To date, OpenTheBooks.com has captured 3.5 billion government-spending records, including nearly all disclosed federal government spending since 2000; 48 of 50 state checkbooks; and expenditures in 60,000 localities across America.

In 2016, OpenTheBooks.com exposed the $20 million luxury-art procurement program at the Department of Veterans Affairs, which forced a public apology from the V.A. Secretary and the adoption of new rules to stop the abuse. OpenTheBooks.com’s discovery of many other government corruption scandals has led to congressional hearings, subpoenas, accountability audits, and corrective legislation.

Adam Andrzejewski is founder and CEO of OpenTheBooks.com. Previously, he cofounded HomePages Directories, America’s largest publisher of community telephone books. In 2010, Andrzejewski ran for governor of Illinois in the Republican primary. He holds a B.A. from Northern Illinois University.