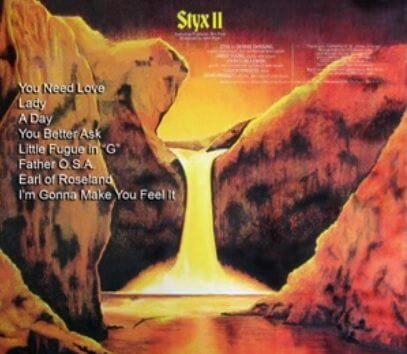 Upon hiking the Gorge’s Eagle Creek a few months ago, I came upon hikers who shared the tale that Eagle Creek’s Punch Bowl Falls was featured in an album for the rock band Styx. The image comes from what appears in the backside or inner fold-out (as there were multiple album versions) of the Styx’s second album entitled Styx 2 released in 1973.  Styx likely featured this Punch Bowl photo to parallel the Greek mythology behind their band name that Styx which refers to the river of Hades. Hence the albums hellish flaming atmosphere.  This tree-less fiery barren landscape may be tragically what it looks like now. I hope not.

There has been a lot of discussion on the fate of the teens who started the fire.

As The Oregonian pointed out in a review of past vagrants who got caught starting wildfires, you can expect not much jail time nor money compensation (see potential and past forest fire penalties article here).

If government was wise they would use this catastrophe as a lesson for all national parks. Every forest park trail-head in the country should contain a wildfire warning featuring our gorge before and after photos. One of the lush forest and the next one of the terrible devastation. The warning should also include a before and after photo of the young fire starters. An image from their cell-phones of lighting a firecracker followed by an image of them in jail.  How often do we see some of our nation’s worst criminals behind bars?   These prison images help show younger people the end of the story, not just the sensational headlines.

Thanks to Instagram, Snapchat, cell-phones and Facebook, we are a nation who is chief form of communication is images. Nothing will convince future potential fire starters of the dangers and remorse of forest fires than actual horrendous images we Oregonians are looking at right now.

My photo of the Gorge’s Punch Bowl Falls last April. 🙁 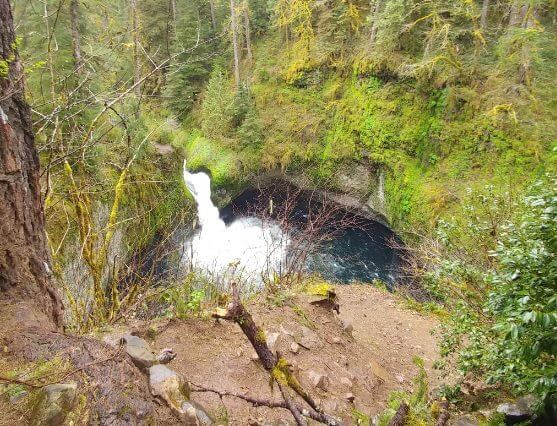 Here is an example of the devastation which should be as a warning to other parks. 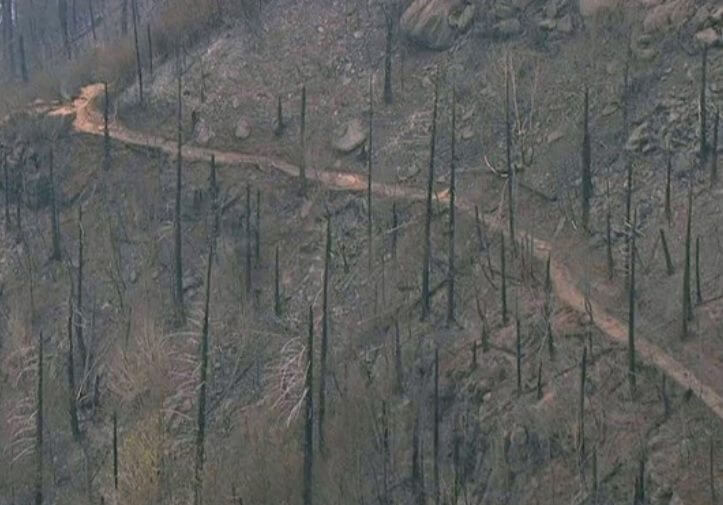 P.S. I cannot independently verify that the Styx album art was based on Punch Bowl Falls, only that it has indeed become part of Oregon and internet folklore.