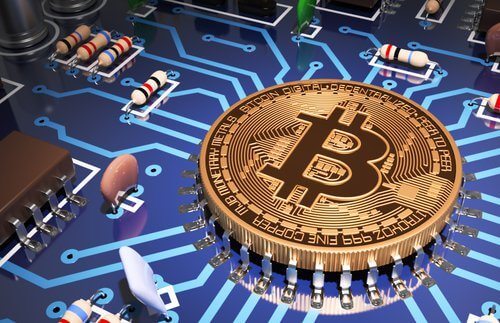 Bitcoin mining is basically an open-source record keeping service that’s rewarded by issuing the record keeper with newly issued bitcoins. Requiring a significant amount of computer processing power, and thus a lot of electricity, miners keep the blockchain consistent, complete, and unalterable by repeatedly verifying and collecting broadcast transactions into what’s called a block. It has been estimated bitcoin mining uses up 24.5 terawatt hours, which sounds big to people who don’t know what a terawatt hour is, but actually, that’s slightly less than the electric load on Nigeria’s grid, and probably less electricity than is required to produce new US currency.

It is, however, having an observable impact in places like Grant County. “The total new service requests we have outstanding right now is around 500 megawatts of power, which would represent about an 85 percent increase over our current average load,” Ryan Holterhoff, public affairs officer for Grant County PUD recently told NPR.

At its current price in dollars, I smell a bubble in bitcoin, but that does not mean its inevitable correction will make it go away. As a curious student of monetary economics, I cannot help but think we’re seeing a glimpse of the distant future, possibly a future world with a more stable financial system, but it will be a bumpy ride before that day comes.