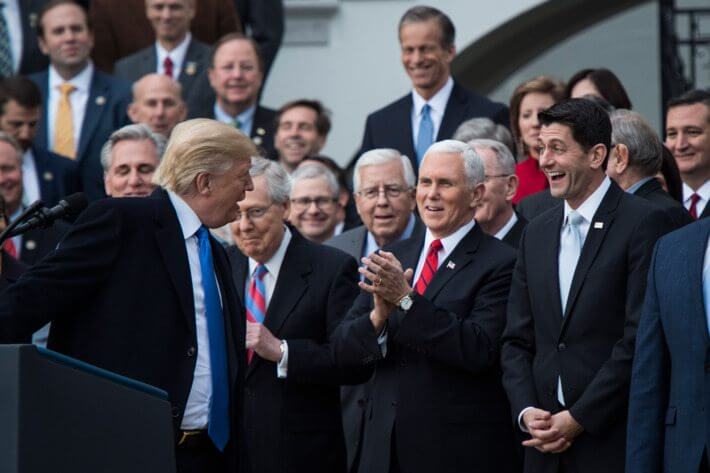 Every time the federal government spends a dollar, it will cost us at least a dollar. If we have balanced budgets, that dollar gets taxed within the same fiscal year in which it was spent. If we instead fail to raise enough revenue to pay for it, America will still have to pay the dollar back later plus interest.

Of course, there are other ways of paying back government debt that are even more expensive than the interest on our Treasury bonds. There’s the Argentinian way, where our fiscal leverage can be paid back with hyperinflation or the Greek way where it’s paid back by negative economic growth from a prolonged financial crisis. Either way, from taxes, devaluation, or a sovereign default, we will be paying dearly for this administration’s spending.

The data shows that during the eleven months Donald Trump has been in office, two of them (March and June) were record-setting in spending. The others were essentially the same as his predecessor. The fact that our average federal spending levels are higher now than they were when Barack Obama was president means necessarily that the net present value of our tax liability is going up, not down.