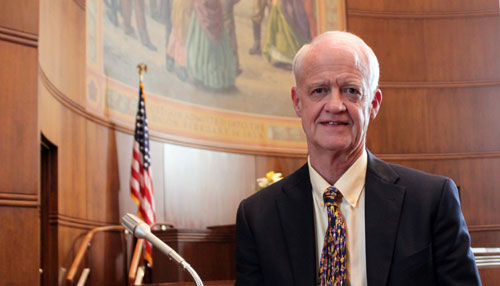 Oregon Senate President Peter Courtney has revealed he will no longer block a change in Oregon law that will allocate Oregon’s electoral college votes to the winner of the national popular vote. Someday when he’s gone, Oregon Republicans are going to miss the way he has filtered out some of the excesses of his party’s monopoly on power.

I doubt that pointing out the 2004 implications of such a law would convince them not to pass this bill. If SB1512 were enacted before George W. Bush was up for reelection, he would have become the first Republican presidential candidate to win Oregon in the general election since Ronald Reagan was reelected with Beaver State electors two decades before he was. Since Bush was reelected without Oregon anyway, there would be no real cost to Democrats.

The costs are asymmetric. It’s probably impossible for a Republican to win the popular vote and not win an electoral college majority the old fashioned way, but Al Gore and Hillary Clinton provide fresh examples as to how possible this is for Democrats.

Cui bono? (Who benefits?) Obviously only Democrats for the foreseeable future. That’s why only states that are deeply blue bother to pass such laws.