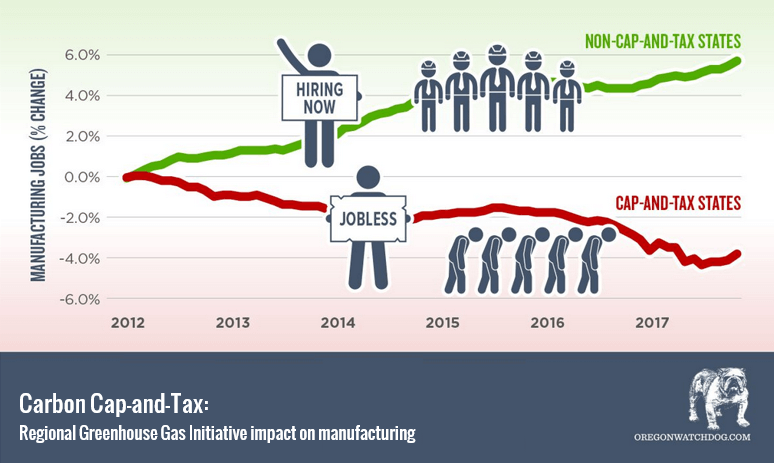 Oregon lawmakers are considering a very dangerous Carbon Cap-and-Tax Bill (also called Cap-and-Trade and Cap-and-Invest).  In the rush to push through a Carbon Cap-and-Tax Bill, lawmakers have largely ignored how the projected increases in energy prices will harm employment in manufacturing and other key sectors.Last year, as study published by FTI Consulting found that Oregon’s manufacturing sector would be “highly impacted” by a cap-and-tax scheme.

Nine states in the Northeast have a cap-and-tax system, known as the Regional Greenhouse Gas Initiative, or RGGI.

One version of the bill exempts semiconductor manufacturers from the cap-and-trade scheme. However, this exemption does nothing for the steep price hikes for electricity, natural gas, gasoline, and diesel that every business and nonprofit will face.

Cap-and-tax is a massive and radical change for the state. Lawmakers should spend more time digging deep into the job impacts before they impose this scheme on Oregon’s fragile economy.