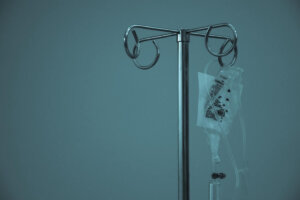 House Joint Resolution 203 better known as The Hope Amendment passed in the Oregon House of Representatives this week.  The resolution refers a constitutional amendment to the voters to be voted on at the ballot in the 2018 election.  The Hope Amendment would enshrine a right to healthcare into Oregon’s constitution and put the obligation of that right on the state government.

The text of the constitutional amendment reads:

“It is the obligation of the state to ensure that every resident of Oregon has access to cost-effective, medically appropriate and affordable health care as a fundamental right.”

The amendment has no specific direction, plan, or even allocation of funding to achieve those healthcare goals, but by putting this language into our constitution it would carry a very real legal obligation, and the metrics for determining whether or not that obligation is being met will not be decided by the people’s representatives in the Oregon legislature, but by lawyers and judges who will make determinations based on the flurry of lawsuits that would inevitably occur against the State of Oregon should this language be inserted into our state constitution.

Healthcare is one of the most complex areas of public policy that we are dealing with today.  Whether or not you believe that healthcare is a fundamental human right does not matter because that is a value, not a policy prescription.  At the end of the day, our leaders still have to design a system that can deliver health-related goods and services to Oregon residents in an optimal way while still dealing with the realities of supply and demand, current budget obligations and available public dollars, and federal policy impacting the healthcare market.  Look around the globe and you will see a number of different systems that provide “universal coverage” but some in very different ways.  Access, affordability, and quality are all laudable goals for a modern healthcare system, but in an imperfect world where trade-offs are necessary for the public policy process, even these goals could come into conflict with each other.  The real danger of The Hope Amendment is handing the power to make those decisions over to the courts as it would be a constitutional obligation instead of a determination made in the legislature.

The Hope Amendment could be a stroke of political genius on the part of the Democrats and big government types.  Firstly they get to whack every Republican candidate who voted against the resolution as cold-hearted jerks who voted against your right to healthcare.  Secondly, a very simple and positive ballot measure campaign would be difficult to contend with at the ballot.  On the heels of their victory over Measure 101 Democrats are confident in their ability to get voters to support healthcare-related policies on election day.  Their campaign will be “Don’t you think everyone should have healthcare?” while any campaign in opposition, if enough money could even be raised to form a semi-professional campaign, could only result to explanations of the dangers of the amendment that would get so far into the weeds that it would put most voters to sleep within seconds.  As the old political adage goes, “If you’re explaining, you’re losing.”

Hopefully, the Oregon Senate will save us from the very real dangers that could come about from the implementation of this amendment, but it seems like we will have to just wait and see.