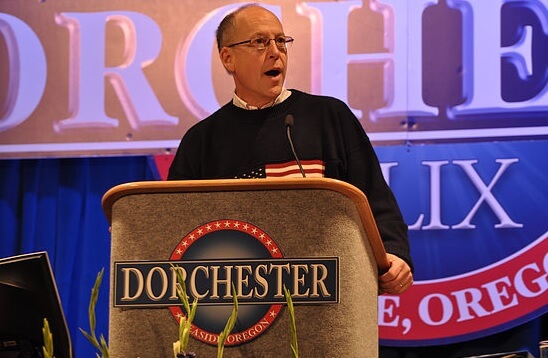 The most talked about Dorchester Conference in years.

Dorchester has always been willing to talk about and listen to the most controversial of speakers and issues. This year will be no different. We have a wide array of speakers and topics to debate for 2018. This promises to be a conference for the history books.

Star of the Netflix Documentary “Get Me Roger Stone” and author of “The Making of the President 2016”, Roger Stone promises to be a speaker everyone will talk about.  Read more about Roger Stone at www.stonezone.com.

Author of Amazon bestsellers, The BIG Black Lie, Sexy Brilliance and other Political Lies, Race Pimping: The Multi-Trillion Dollar Business of Liberalism. Jackson is also a regular Fox News political commentator, and has appeared on The Glenn Beck Show, The O’Reilly Factor, MSNBC News, and other programs. www.theblacksphere.net.

Scott Jennings has built a 20-year career in media, politics, government and public affairs on his ability to communicate crisply no matter the complexity of the issue. He serves as a clam counselor to politicians and corporate executives facing political and media storms. www.runswitchpr.com/#team.

The Dorchester Conference is America’s oldest annual political conference. Since its inception, Dorchester has sought to have lively debate among political activists and insiders about timely issues facing the state, nation, and world.

The lively debate, intellectual conversation, humor, and camaraderie result in hundreds of Oregonians registering for the Conference each year. Dorchester is the only grassroots political conference of its kind in the nation and still thrives 54 years later.