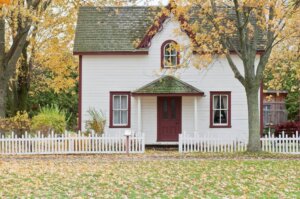 As the old saying goes, all politics is local. While national trends are important, a hardworking candidate with deep roots and an ideology that matches the district is going to be a formidable opponent regardless of their political affiliation. Here in Oregon, we have a number of elected Republicans who hold fairly blue seats because they have proven themselves to the members of their community and have won the trust of Independents and even many Democrats in their districts. In Oregon at least, you will not find a single Democratic legislator in a district where the voter registration even slightly tips Republican. Caddy McKeown in Coos Bay occupies the reddest seat currently held by a Democrat and even that one has a Democratic voter registration edge of around 2-3%.

The Special Election victory of Conor Lamb demonstrates that at least in Pennsylvania Democrats are learning how to run to the district, at least in rhetoric if not in the application of policy. Just look at his first campaign ad, which touts Lamb’s roots in the community, his service in the Marines, and even shows him at the gun range shooting one of those scary “Assault Rifles” we have heard so much about.

The ad isn’t “Conservative” in an opposition to big government way, but it is the type of old school blue dog Democrat sort that talks about jobs, protecting social security, and having a strong national defense. These kinds of Democrats used to be more common in America before the academics, coastal elites, and intersectionality crowds took over the party. By breaking away from the mold of the National Democratic party, Conor Lamb was able to utilize the energy of the grassroots left to propel himself to electoral success in a red district where President Trump won by almost 20 points.

Trends are important, Republicans should prepare for a blue wave in 2018, momentum is on the Democrats side, as it would be for any minority party during a midterm, but candidates matter. A strong candidate in the right race can beat the odds and stand against the tide. As primary contests across the nation are waged we will see if National Democrats have made the strategic choice to run candidates who match the district, even if it means running blue dog types, or if the progressive left wins the day and we see a slate of purist on the ballot in November.

By almost all accounts a blue wave is coming this year and we should be prepared for it. But the National trend does not have to be our destiny here locally in Oregon. With impressive candidates that fit their districts and smart campaigning, we can hold out in seats that may be vulnerable and possibly even score some wins. As long as we take the lesson of the Pennsylvania special election to heart, candidates matter.