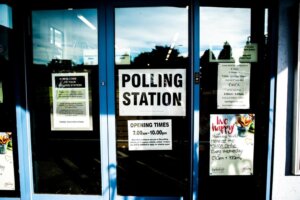 IP 42, which has apparently recently been submitted as IP 43 to correct an error, has been getting a lot of attention lately with its proposal to ban the sale of “assault weapons” and force people to register or dispose of currently owned “assault weapons” within 120 day or become felons.  So I thought this would be a good time to do a quick guide to some of the Initiative Petitions being circulated so that you can make sure to sign on the ones that you like and avoid those you don’t. Because there are so many petitions going around, this will be a 2 parter, so here we go.

This one is pretty self-explanatory.  It would put into place a constitutional amendment to prevent governmental bodies in Oregon from spending taxpayer dollars on abortion.  By last report, the petitioners are on track to reach the 117,578 signatures necessary for a constitutional amendment to make the ballot.  While I am sure Planned Parenthood and abortion proponents will put up big money to fight this measure if this is an issue that is important to you then make sure you have signed IP 1.

This petition is intended to move the vast majority of future signature gathering for ballot measures online.  The language of the proposal would require 9/10 petition signatures to be collected online. Should it be implemented it would be much easier for future measures to make the ballot for a much lower cost, which means we would see many more ballot measures to vote on in the future, some would be good and others would be not so good.  Our Oregon has come out as opposing this potential measure, which makes me want to support it, but it could very easily be a double-edged sword. The Grassroots Petitioning Initiative PAC supporting the measure currently only has $331.66 on hand, so they will likely not have the resources needed to make the ballot in November.

This ballot measure filed by Representative Mike Nearman would require individuals to present one of several forms of proof of citizenship in order to register to vote.  Similar versions of this proposal have been circulated in previous cycles, but have not gotten the signatures required to make the ballot. If this issue is important to you make sure to search out IP 5.

This petition would establish a constitutional right to refuse medical procedures in the Oregon Constitution.  The Medical Freedom Committee PAC supporting the petition currently has $41.87 on hand, so it is doubtful that it will receive the support needed to make the ballot.

Filed by Representatives Sal Esquivel, Mike Nearman, and Greg Barreto, implemented this proposal would repeal Oregon’s Sanctuary State Laws that forbid state resources from being used to apprehend those in violation of federal immigration laws.  The Federation for American Immigration Reform has in-kinded $30,000 to the campaign for petition circulators. With the investment in circulators as well as the attention being paid to this issue, it is quite likely that IP 22 could make the ballot here in Oregon.

There are several other Initiative Petitions currently approved for circulation in Oregon that I will cover next week in Part 2.